Scroll to Top
Categorized as
3062
Tagged as
boxesboyschildchildrenflat ironipadiphonekeyskidsmomMommymotherparentplaytoddlertoystweezers
Related

My home has been overtaken by toys. Sure we try to limit the toys to the boys bedroom, but inevitably their stuff makes into into the living area – under and in the couches, the coffee table, kitchen table, kitchen counters, etc… It’s not uncommon to stumble upon a ball, car or action figure in our bedroom either – under the bed, by the window or even between the sheets! I’m sure that’s a “toy story” we all deal with…BUT the funny thing is, my boys’ favorite “toys” are not really THEIR toys!

So many times it’s not the toys, but the boxes the toys or diapers, come in! 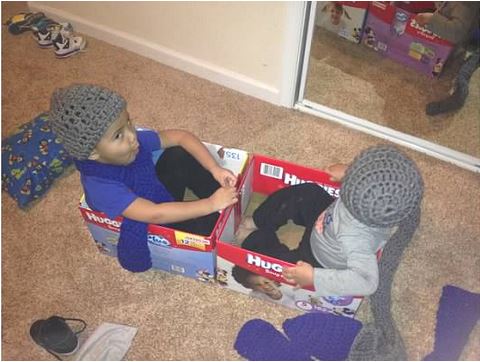 Lately my older toddler has been obsessed with keys. Sure he has play keys, but he knows they’re not the “real” deal. He wants my car keys, my house keys..he wants every key except the ones he is allowed to have and hold. 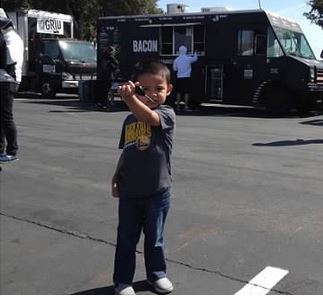 Another funny preoccupation my older toddler has right now is anything that “snaps.” From my flat iron to my tweezers, he wants to SNAP things. 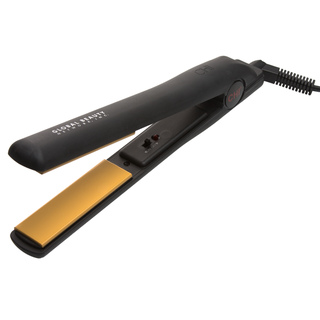 And finally, the tablet,the iPad. My children are lucky enough to have been given a Nabi Nick Jr. tablet as well as a Sprout Cubby..but at the end of the day, they want my iPhone and my iPad…ay yi yi! 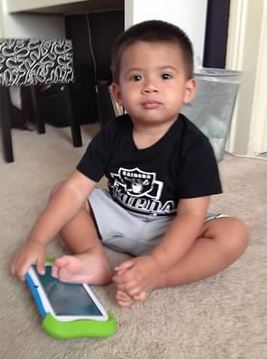 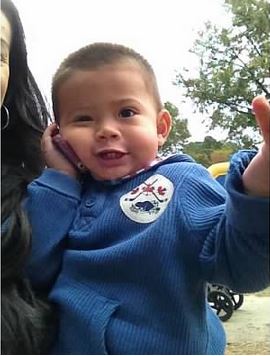 What non-toys are your child’s FAVORITE toys!?!?