Scroll to Top
Categorized as
3304
Tagged as
babyboyscastlechesapeakechildchildrenfortfun forestkidsmomMommyparentpicnicplayplaygroundtoddlertreehousevirginia
Related 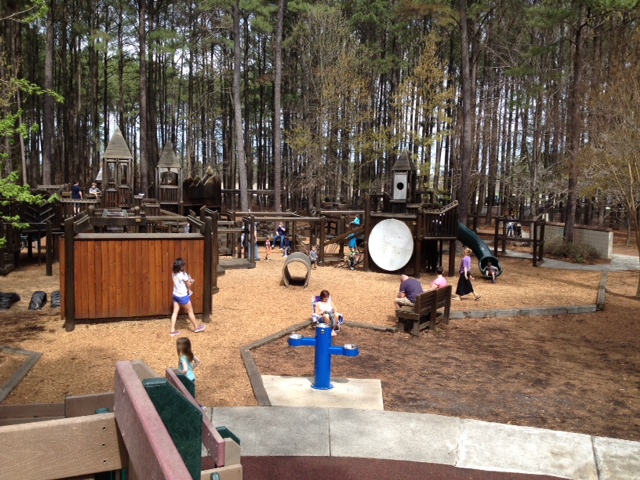 I’m the kind of Mom who is always on the lookout for a good play space, whether that be a public playground or admission-collecting indoor play area. So, this past weekend when we “stumbled upon” the “Fun Forest,” I felt like I had hit the jackpot!

We were out and about running errands in Chesapeake (Virginia), and I had promised them we would go play, so I decided to look up the options in the area…and I saw that within the nearby city park was a place called “Fun Forest.” Okay, easy enough. Well, when we arrived it was so much more than the photos or my imagination had led me to believe, in a GREAT way! 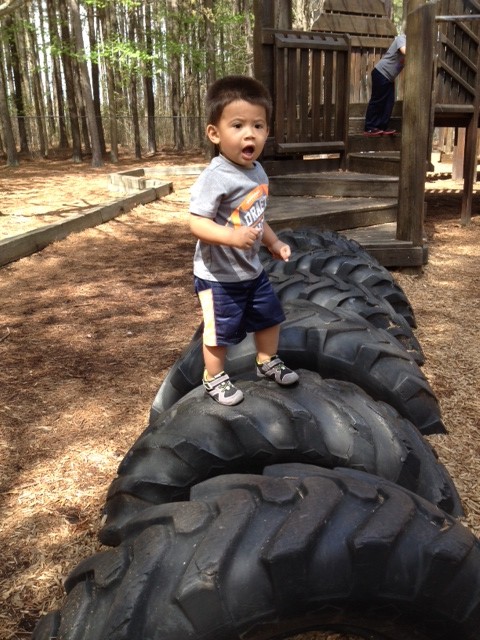 First off, it’s on the edge of the park, secluded from the other area, nestled in a hammock-like area of trees. There are several different play areas, namely tree-fort/castle like structures for the children to run around and get lost in, sort of maze-like too with stairs and ramps leading up and down, with obstacles and slides to maneuver in and out. And — I definitely appreciated that there were 2 versions of the dark-wood tree houses, to accommodate toddlers and the older aged set. 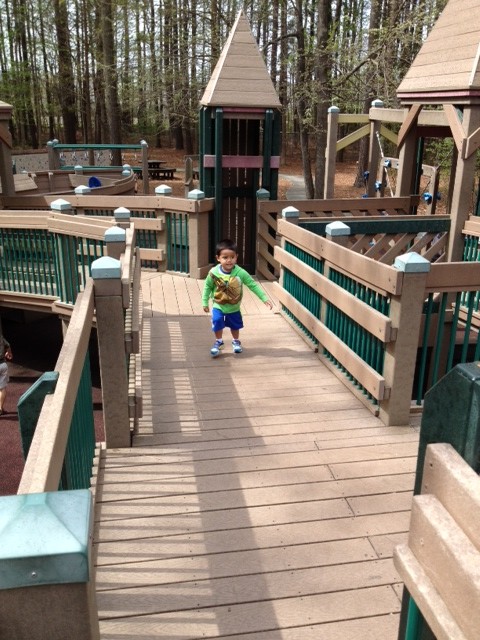 There was also a more traditional playground between the two “fort”-tresses. I mean, my kids were having so much fun that they were torn on which area they wanted to be in, quickly bouncing back and forth running all over the place…Mama got her workout that day! 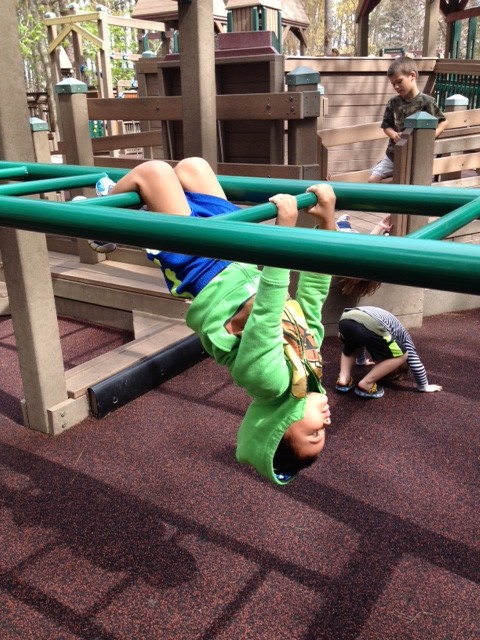 One of the things I noted about this playground was that it had “monkey bars” that were height-friendly to the not-so-tall yet kids. My older toddler is always wanting to try his ability to hang and swing from bar to bar at other playgrounds, but I usually have to hold/guide his feet since they’re pretty high up. Here I was even more impressed that since he could reach it, he was also able to figure out how to hang upside down. It was a moment of pride for him. 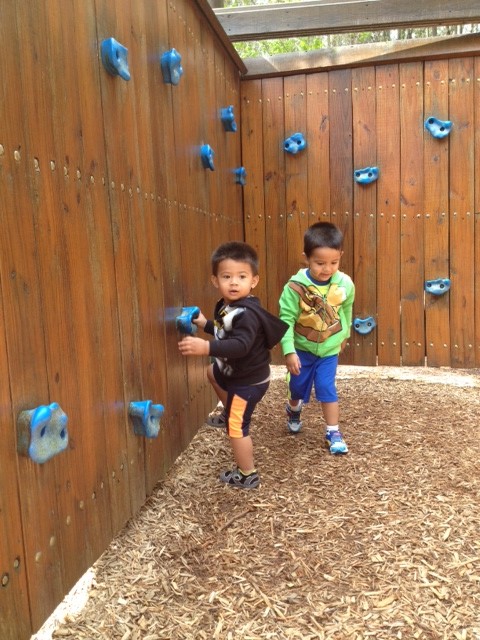 I have boys and they love to run, climb, swing, jump and they know NO LIMIT! This playground was amazing and so perfect for them. Plus, “Fun Forest” is in a city park, so it’s free. I love that it’s shaded for hot days, it’s well kept and has picnic benches and restroom facilities near by too. So, one of the ways I can always measure how successful the outing was, is to see how long they “crash” and nap after…let’s just say when we got home in the early afternoon, I had a very quiet day until dinner! All that being said, we SHALL return, but if you’re headed that way, do pack some bug spray because as it gets hotter and stickier, that will definitely be a necessity for outings to “Fun Forest.”