Scroll to Top
Categorized as
3492
Tagged as
babycandidacheekschildchildrenfungalgumsinfantinfectionkidmouthnewbornthrushyeast
Related 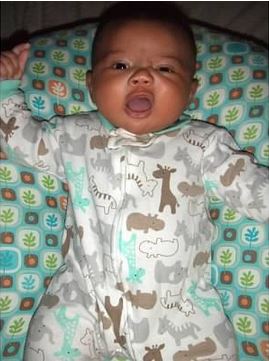 One of the not so fond memories I have from being the Mom of a newborn, the second time around, is that my poor little baby had to deal with “thrush.” What is that you may ask…

“Oral thrush is a very common infection in infants that causes irritation in and around a baby’s mouth. It is caused by the overgrowth of a yeast (a type of fungus) called Candida albicans.”

I remember when I first noticed that my baby son had something that didn’t look quite right going on in his mouth, we took him to his pediatrician who assured us it was common and sent us to the pharmacy with a prescription to take care of it. In hindsight, no it wasn’t a big deal, but it wasn’t fun to deal with either. It took a couple repeat trips and a change in treatment for us to beat the thrush. WE had to first sterilize all his bottles, nipples and pacifiers, before eventually throwing them all out to start new again!

They say it doesn’t hurt the babies, but it sure doesn’t look like something you’d want. I will spar you an graphic photos, google it if you choose…

Oral thrush in babies is common and usually harmless fungal infection in the mouth. Symptoms to look out for include:

I know it’s kind of a “random” topic to write about  now that my baby is on the verge of turning 2, but I’ve had this “draft” in my rundown for a while. I remember doing online searches to find a remedy and being that Mom who just wanted to identify with someone else who was going through it. I saw forums that talked about Gentian Violet – I never did it, and I even took to cleaning out his mouth myself using a dry cloth. I mean it wasn’t a big deal and eventually did go away, but it’s just one of those things that was unexpected and a pain to get rid of… If it’s something you are dealing with and you don’t think it’s going away, please be sure to ask an expert/doctor for advice.