Scroll to Top
Categorized as
4394
Tagged as
biracialchildchildrendaddaddyethnicityfatherkidsmomMommymotherparentparentingraceracism
Related 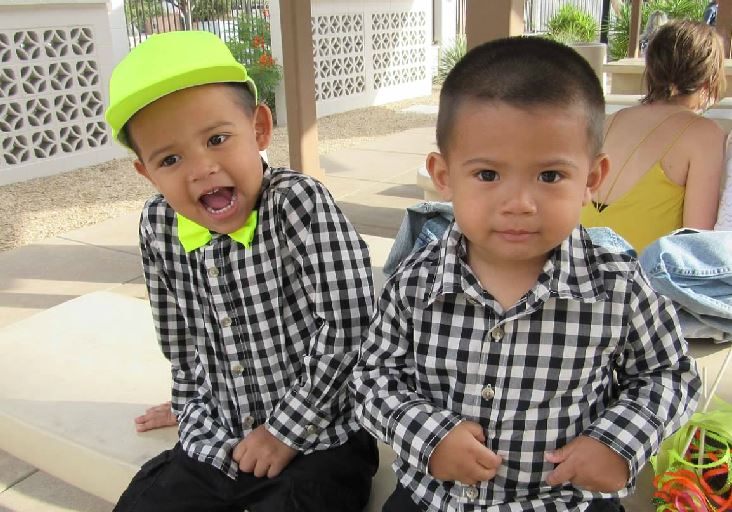 I’ve had this topic on my mind a lot lately…the way society likes to “label” and designate people into categories based on race, culture, ethnicity, etc… One of the common terms we hear a lot is “biracial.” By definition, it means: having a biological mother from one racial group and a biological father from another. Okay, so in my case, my children could technically be called “biracial,” but I am not going to put that label on them. From an ethnic standpoint I am Filipino (for the most part) and their father is Black (with his roots stemming from Louisiana Creole). When I look at my babies, they are mine and I don’t view them as my biracial kids.

I guess you could say I’m hypersensitive to these tags we’re given, especially when we fill out a form and have to check a box defining our race, ethnicity, etc… It’s annoying. And what’s even more bothersome is the often times misuse of the terms. So many times people will ask what my “nationality” is and when I tell them American..they are baffled. I mean, I know what they are asking, but that’s not the right term to use. Then, many times when I give them the info I want, I’m greeted with, “well, you don’t look Filipino,” etc… I know their father has gotten his fair share of questions about his appearance too.

Alright, so all this to say that I hear the biracial term thrown around all the time and there’s nothing wrong with it…BUT it seems pretty inclusive to people who are black and white. My kids aren’t black and white, but they are biracial. My boys have dark hair and brown skin, they look like me and their dad…and for me, that’s what matters.

If I had to choose a term, I’d say “mixed” would be preferred. Growing up in the Bay Area, California, I was fortunate to be surrounded by a melting pot of people, I had plenty of friends from varying ethnic backgrounds and while I recognized cultural differences and our differing appearances, I wasn’t necessarily taught to classify people because of them. So, I’m not going to (consciously) label my children that way either.

I realize my children will learn about race and ethnicity, and that as parents they will look to us for guidance in understanding it. However, I refuse to be the one to label them and view them as my “biracial” boys or my mixed kids. Instead of putting race at the beginning of the equation, I’ll push it toward the back, as more of a matter of fact item, than one that defines who they are, before all else… I will surround them with love and acceptance by way of education, friends and experience, and help them appreciate people.

There’s nothing wrong with being biracial or mixed, but since mine aren’t “black and white,” – and really nothing in this world truly is, I will not contribute to creating a box that they really don’t need to be in, and apparently they don’t really fit in, because when I hear biracial, my children don’t come to mind. My boys are my little humans, they are a blessing and they are beautiful.

If you are the parent of a “biracial” or “mixed” child, I would be interested to hear how you approach and/or view this topic!