Scroll to Top
Categorized as
3229
Tagged as
airplaneairportbabyboyschildchildrencross countryflightflyingkidsmomMommymotherparentingplaneToddlerstravel
Related 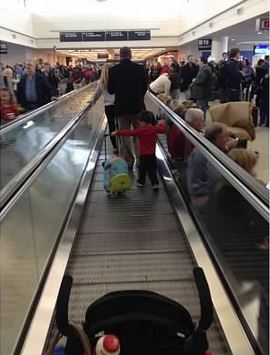 I recently took a flight with my two toddlers by myself. Sure, they’ve flown before and obviously I have too, but it’s either been me and just one baby, or me with daddy and both babies, but this last time… I was running the “zone” all by myself! There was 2 of them and only one Mommy. I did have a little anxiety going into it, from the logistics of pushing the stroller and retrieving our roller bags from the carousel and getting everything and everyone in the car, to just the thought of keeping both boys entertained and “quiet,” while sitting in a confined space with one lap child and his big brother on the plane. 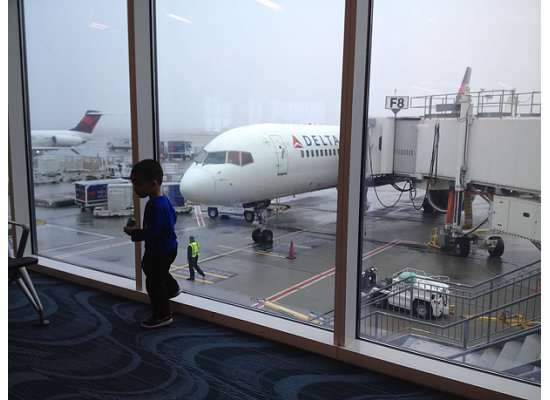 Honestly, it is so doable, and I’m sure as they get older and can carry more of their own stuff, it’ll get easier…but our first go at it, wasn’t exactly “smooth sailing.” I picked an early morning (6am) flight, we were flying from west to east and would have one stop over in Chicago. Well, what should’ve been easy enough resulted in 2 hours of sitting at the gate in SFO while maintenance checked out an issue. The plan I had counted on was flying out on time and the boys going to sleep til we hit the Windy City to change planes. That didn’t happen, instead it was endless cries and whining…and I don’t blame ’em. I was up at 3am for the early travel and getting stuck sitting in a small space going nowhere is NO FUN! Then, when we made it to our stop, the next flight was delayed and so we had to endure a much longer “break” than anticipated…another horror for a Mommy trying to pack the patience and time it just right for meals and nap time. Needless to say, we eventually made it to our destination, albeit 5 hours later than scheduled…but we all made it, in one piece. 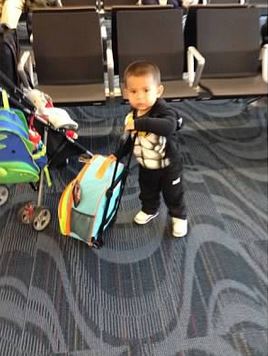 As I reflected on the events of that day, I realized there are so many things that I let “fly” which would never ever normally be okay. Keep reading…