Scroll to Top
Categorized as
4756
Tagged as
BabiesboyschildchildrencoldfreezekidsplaysnowToddlers
Related 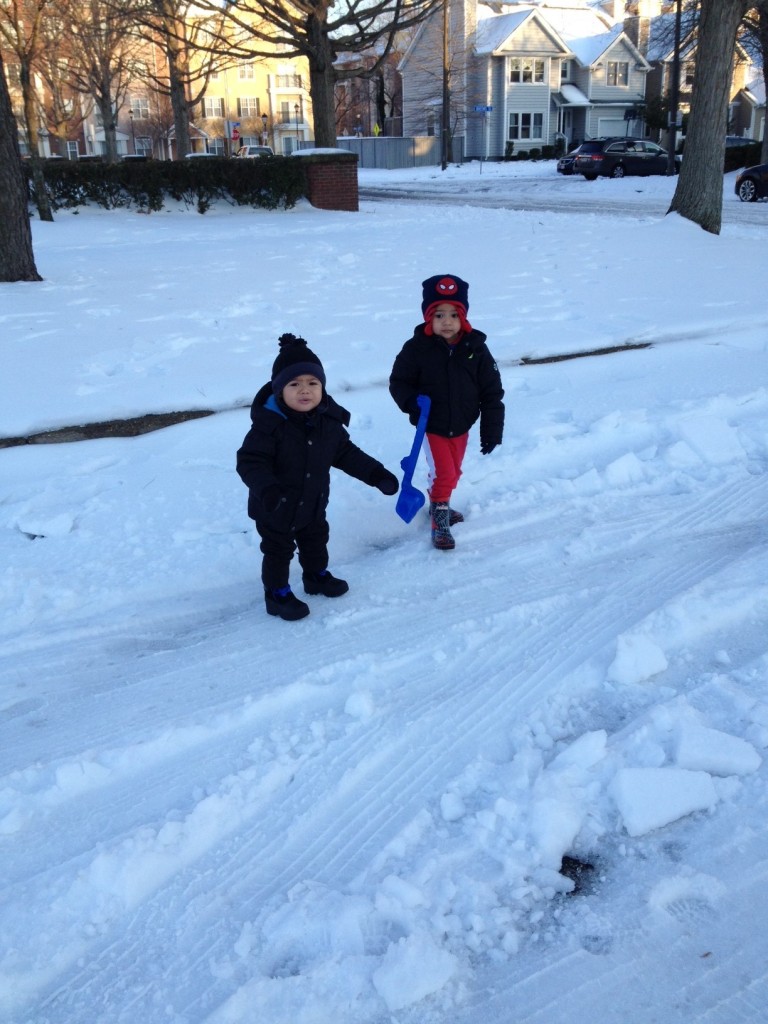 There’s nothing like the FIRST time and this week, my boys got to experience snow…for the very FIRST time! Both of my boys were born in Miami-Dade, Hialeah, to be specific. And although there are young, they have never know anything below 70 degrees until we moved to Hampton Roads, Virginia. So, when the temperatures dropped this week and a “rare” snow sprinkled the area, my boys got their first taste of what people in news always refer to as “the white stuff.”

In preparation for the occasion, I went out to find them the appropriate footwear for the elements and since most of the fashion in the stores now is for spring, I came up on some snow shoes for Isaiah at Ross and rain boots at Wal-mart for Raef. We layered them up in 2 layers of pants and long sleeve tops and stuffed them into their down coats with beanies and gloves. 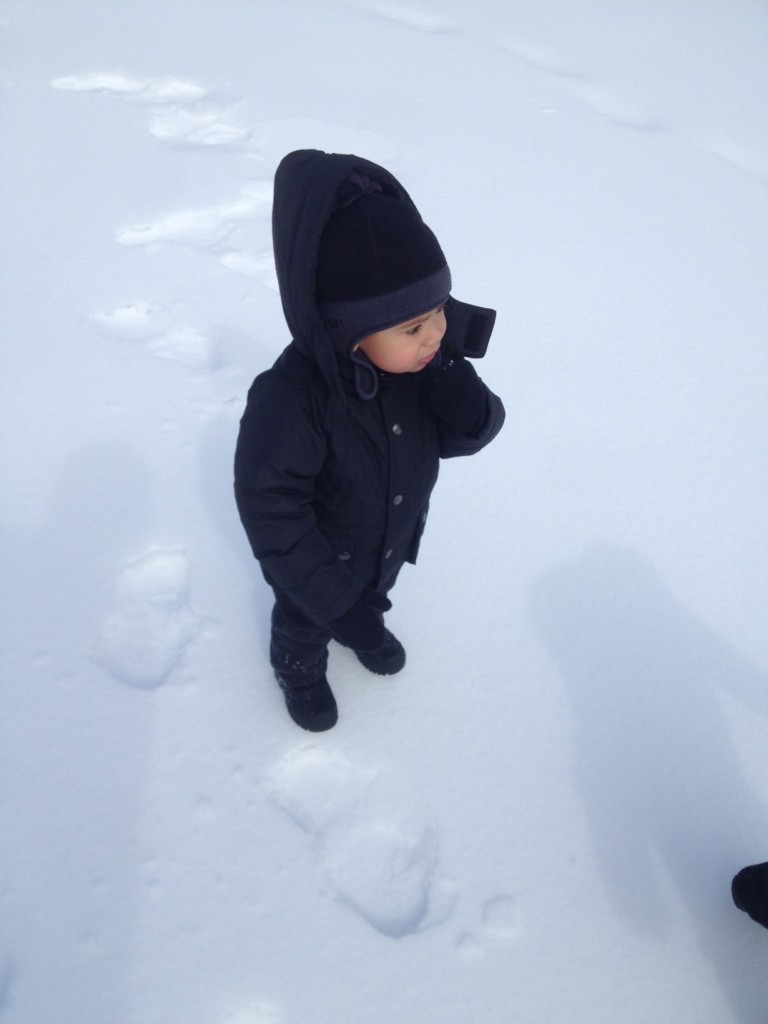 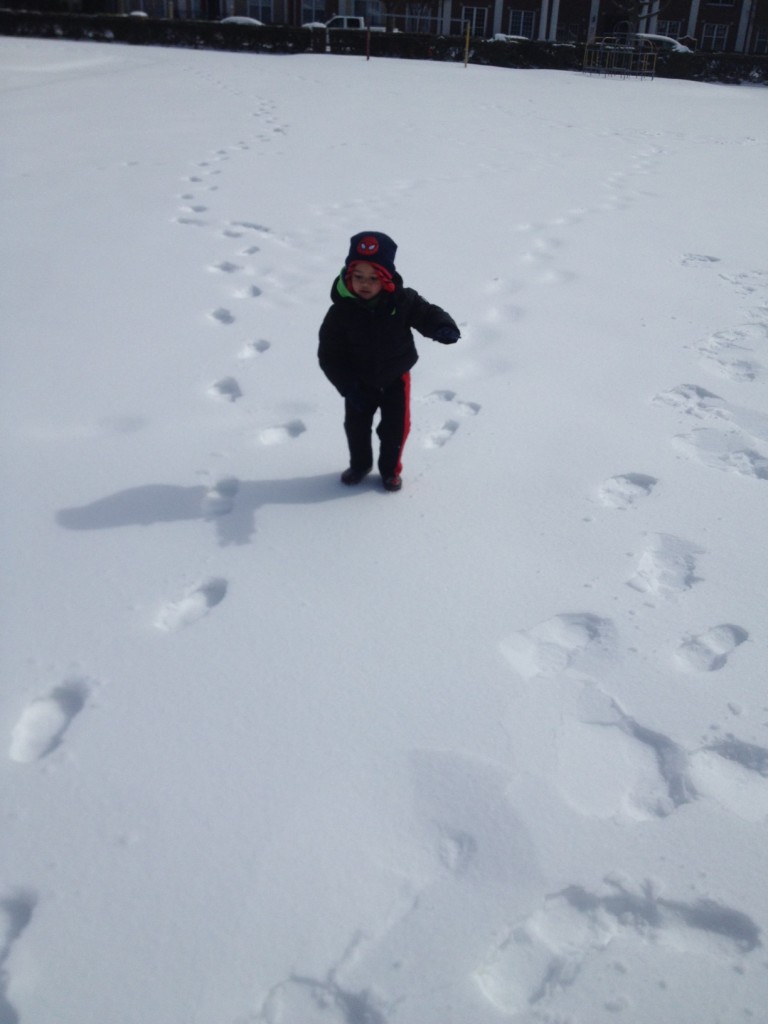 Raef (at 2.5 years) was definitely excited to experience snow. All he knew of it is what he’s seen on TV and whatever discussions we’ve had with him about it. And, apparently he associates it with Santa because when he first saw the snow outside, he said “Santa’s coming!” Ah, the innocence… Anyhow, he loved it. His Dad took them out first while I was at work and the next day I took them out again and Raef brought his shovel that we usually use for the beach. We even swooped in on an abandoned “igloo” that we found in the neighborhood. 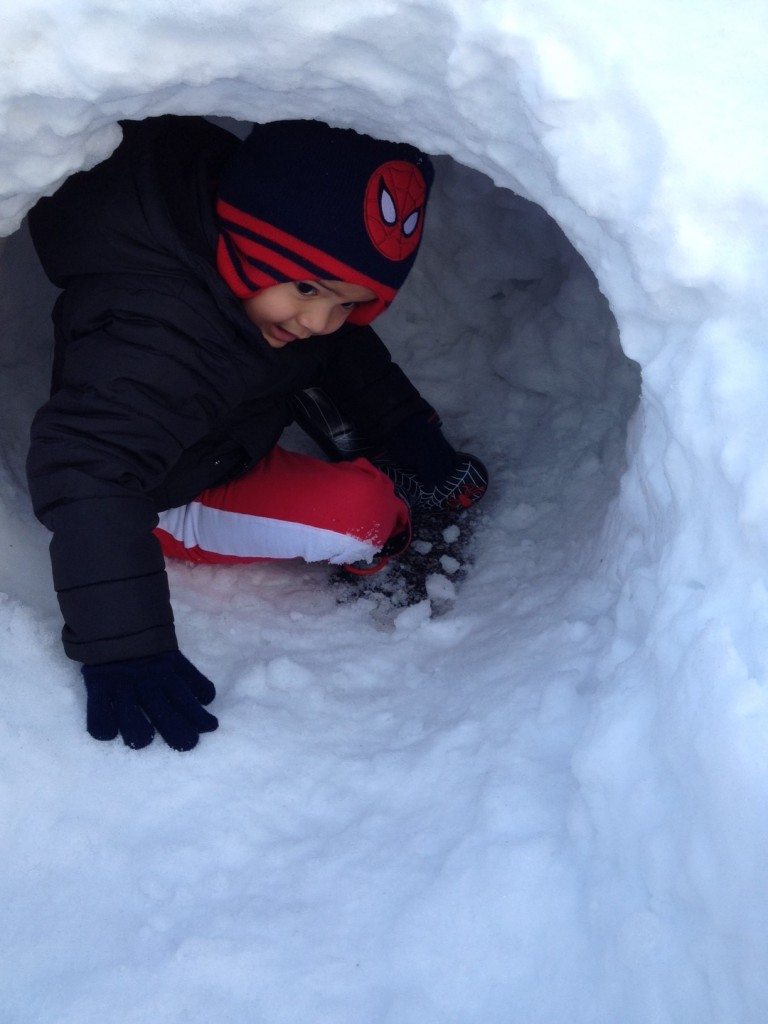 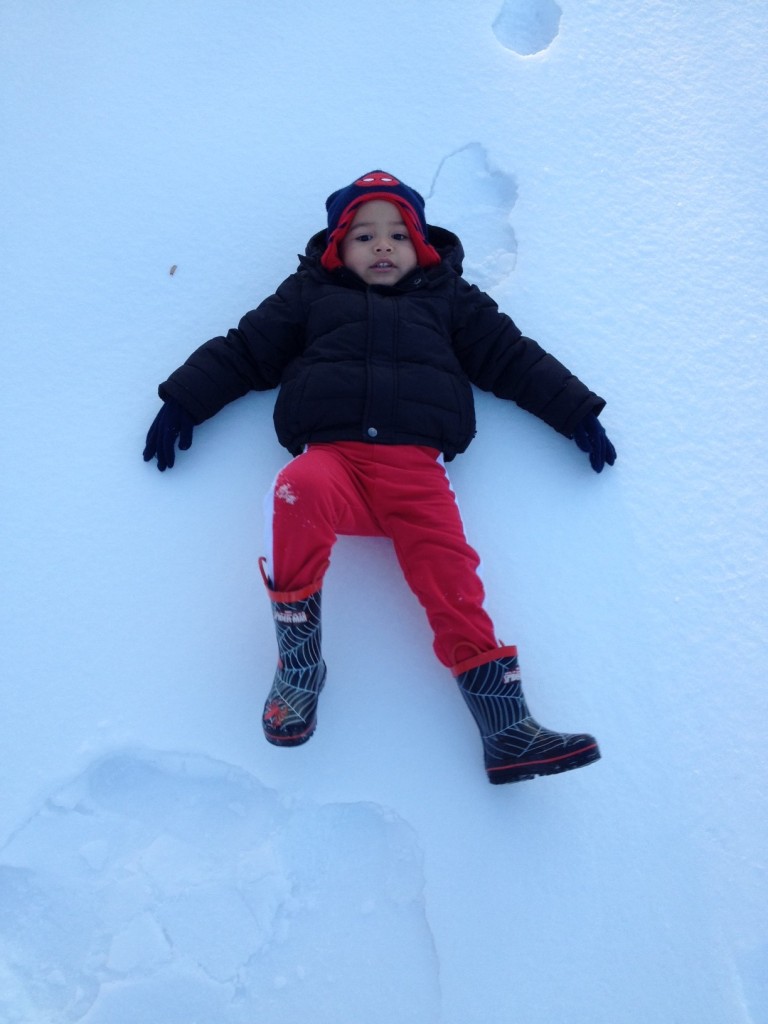 Isaiah (at 1.5 years) on the other hand was not interested in it at all. I don’t know if it was the layers or that his chubby toes were “smushed” into snow boots, but he wasn’t having it. He did want to be outside, but I guess it was a bit more difficult for him to navigate the slippery walking surface. This guy wanted to be carried…all 35 pounds of him! Needless to say, he braved it for a little while with his big bro, but he didn’t get into it, literally or figuratively. 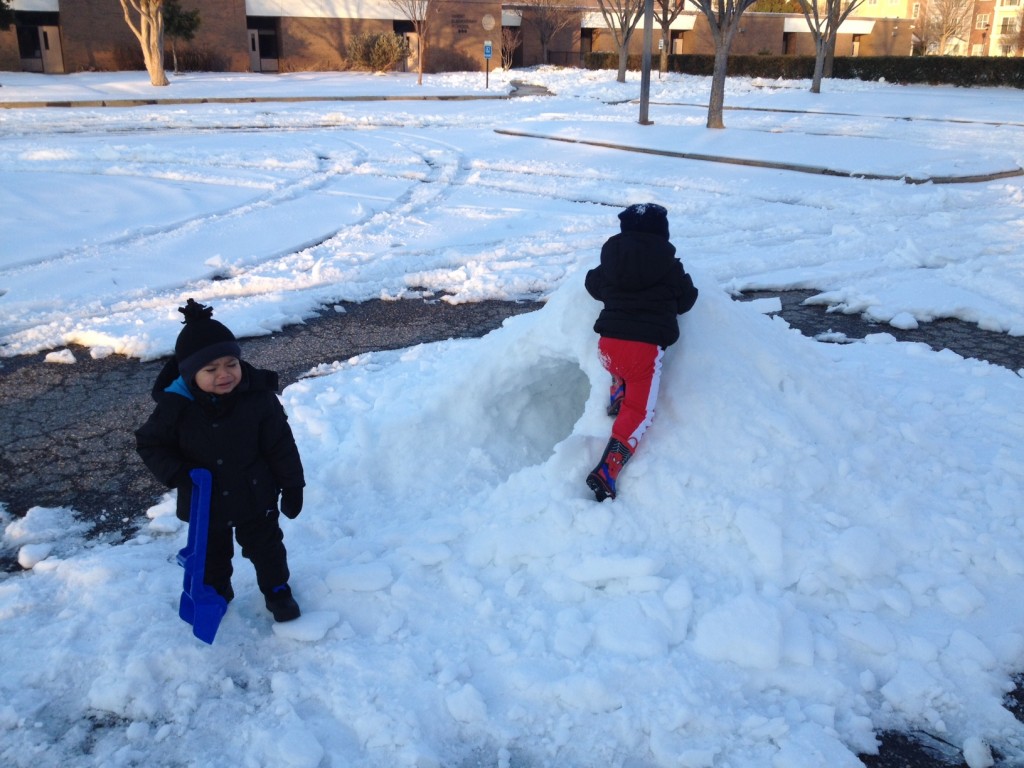 Overall I think it’s been a fun experience for them… The definitely don’t like to layer up, but the great thing about kids is that the cold doesn’t seem to bother them. Raef now gets excited every time he looks out the window and sees the snow covered streets – the freeze has continued so it hasn’t melted away yet, but rather turned into ice! I certainly think having the snow in your own yard is pretty special. I grew up in the Bay Area, California, and while we may’ve seen snow on the mountain tops surrounding the valley we lived in, there is only one time I can recall in my entire childhood where it actually snowed and stuck on the ground in front of my house. The only time we got to play in the snow is when we drove to it in Lake Tahoe a few hours away. On the other hand, my other half (their Dad), grew up in Chicago…enough said! LOL!