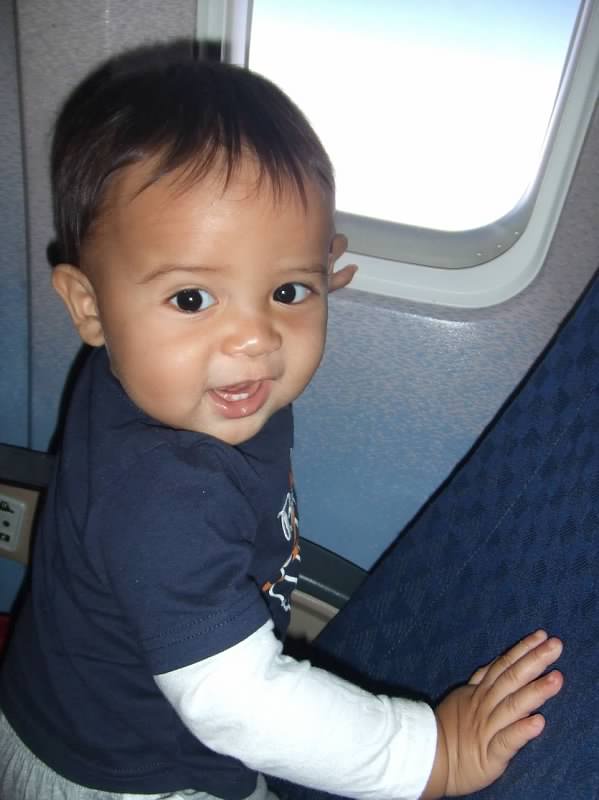 If you are a frequent air traveler, whether it be for work or pleasure, the (travel) game changes a bit when you grow your family with children. There’s so much more to pack and consider when toting a tot, and while you can bring them along as a lap child until they reach the age of 2, what are the rules when you have to get them their own seat!?! For me, I had pretty much thought I would just stop flying during the “assumed’ period when you have to lug a huge car seat onto the plane in order for them to fly in their own seat…but on my last flight, I started talking to a Mom who was flying with her not quite 3 year old daughter, and I inquired how she was able to NOT use a car seat. She then produced this small pouch with a harness that satisfies the FAA rules! Like whoa, I made a mental note to immediately look into this product.

It’s called the CARES Airplane Safety Harness for Children. It is specifically designed for children over the age of 1, who weigh between 22 and 44 pounds. It is the first and ONLY harness to be approved by the FAA in place of a car seat and it weighs just one pound, fitting into a 6″ stuff sack! I found it on Amazon and it’s just about $70…that may sound pricey, but can you put a price on safety AND convenience! I know you’re thinking you may have to bring the big ole car seat along for the trip anyway, but in my opinion…checking it in at the counter is much easier then dragging it through the terminal and gate and finally down a narrow airplane aisle, but that’s just me!

And — because we should know the official rules for child safety on a plane…visit the FAA site for info. I didn’t see anywhere where it says “required,” but the language is more like, “strongly urge.” However, it seems like a requirement, right? It also has a chart that says once your child hits 40 lbs, regardless of age, an airplane seat belt will suffice. Also, keep in mind that if you do choose to fly with a car seat, NOT all car seats are necessarily FAA approved.