Scroll to Top
Categorized as
6008
Tagged as
babybirthdaycelebrationchildrencoconutfirstgirlhawaiianhibiscushulakidslechonleiluauplumeriatheme
Related

On October 9, 2013, my daughter, Kaileya, turned 1 year old and for her 1st Birthday Party, I planned to have a luau/Hawaiian theme, since I always envision her to be a little hula girl when she grows up! 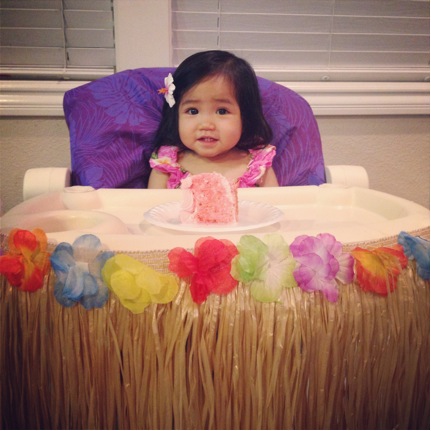 This picture was on her actual birthday. After blowing out her guava cake from Aki’s Bakery in San Jose, I had her sit in her highchair which I decorated it with a grass skirt with silk flowers attached to it. 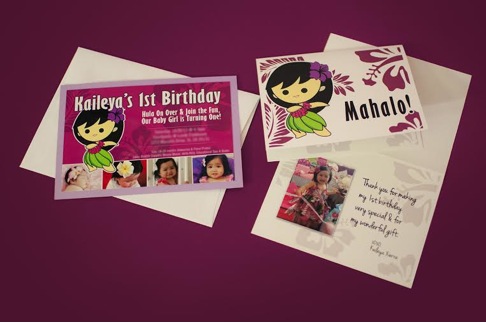 Since my husband is a graphic designer, I had him make a Hawaiian-themed invitation and thank you cards. I found the wording online, “Hula on over and join the fun, our baby girl is turning one!” 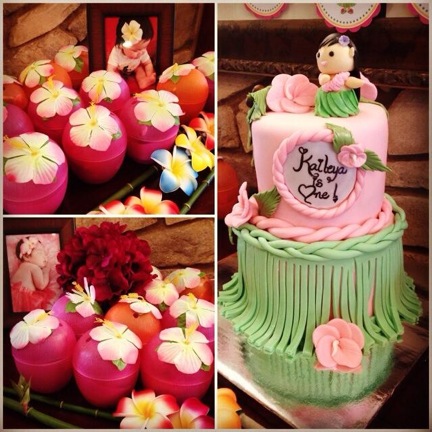 “Whipped Up Just for You,” in San Jose, made Kaileya’s cake. I sent over a few pictures from Pinterest of hula cakes to her, and she was able to make one specifically for Kaileya. It was the most delicious banana cake ever!!! She was able to incorporate the hula girl from the invitation too! 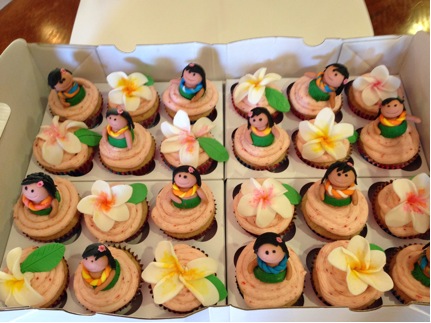 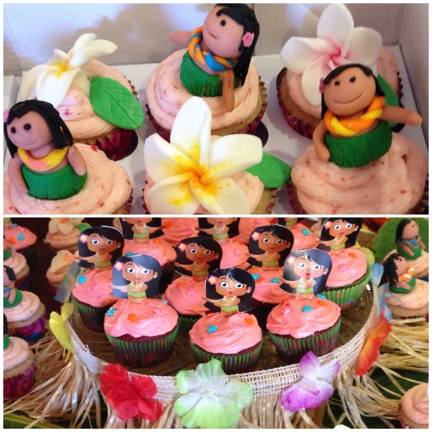 The cupcakes were made by my sister in-law, Myra, and my friend, Anella. These cupcakes were strawberry, chocolate & red velvet flavors. They were decorated with hula girls and plumeria flowers on top. 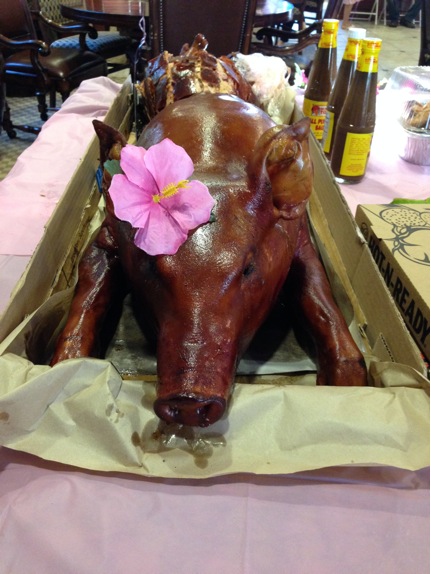 One of the “big” centerpieces at the party was a roasted pig (lechon), which is both a Filipino and Hawaiian tradition for 1st Birthday Parties…I even put my own touch adding a Hawaiian flower to its ear! 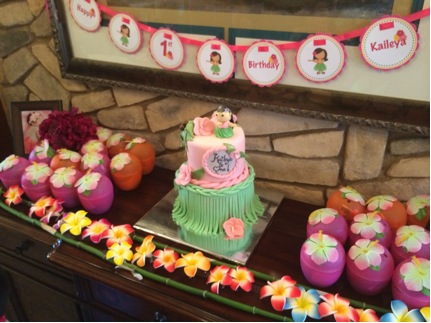 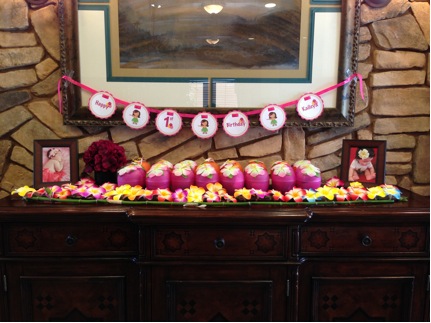 When it came to decorations, I had balloons in pink and purple. I also used banana leaves on tables with hibiscus silk flowers. The favors I gave out were plastic coconut-shaped containers with a hibiscus flower on top with some goodies inside, and during the party I provided plastic leis and plumeria hair pins to our guests, so they could get into the theme too. 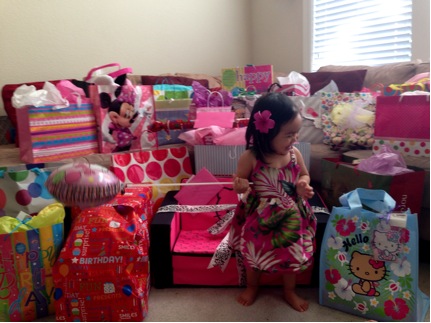 The party was exactly how I wanted it to be, and I’m so happy she had a great time at her 1st Birthday Party!!! 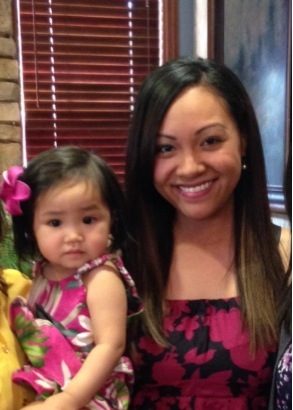