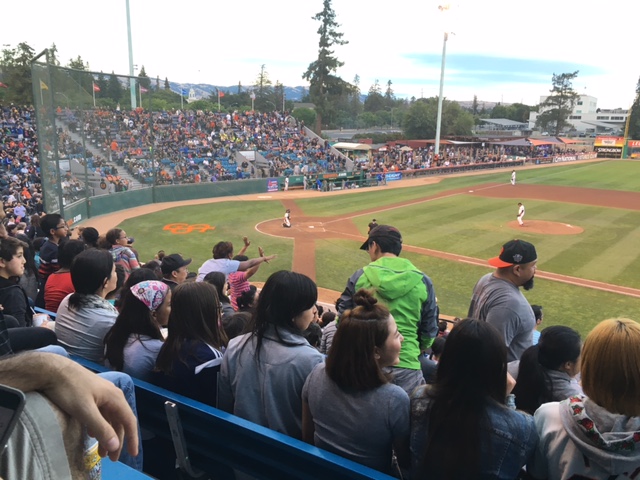 I’m not much of a baseball person, not for lack of understanding, but more-so my short-attention span! However, there’s something about spending a summer day at the ballpark that just screams family fun. And, one way to treat the whole family out to a game and not break the bank is to attend a minor league baseball game. 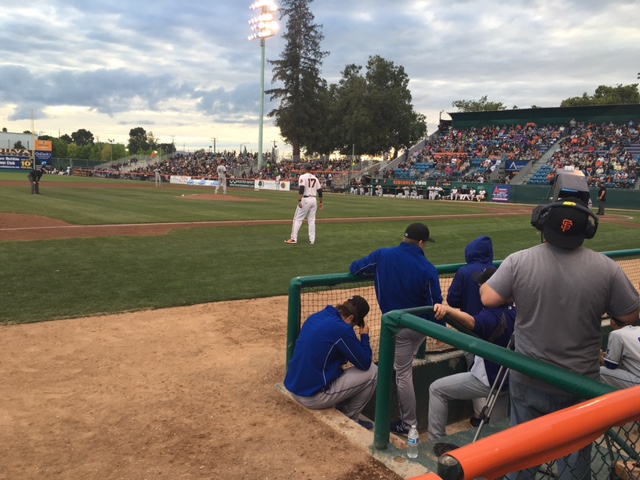 So far this season, I’ve had the opportunity to attend a few in my own Bay Area backyard in San Jose at Municipal Stadium to cheer on the San Jose Giants. When we lived in Virginia we had attended a few Norfolk Tides games, but they have nothing on the family-friendliness and additional festivities at a game in San Jose. 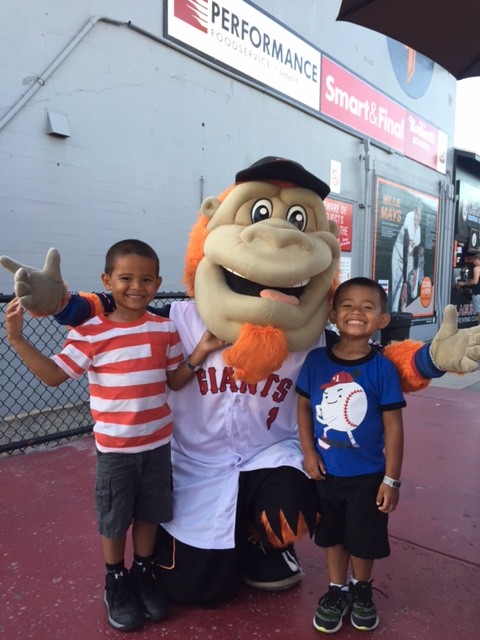 We attended a 4th of July game and even at a sold out maximum capacity, the crowd is still a manageable 4,000-ish…so lines aren’t too long, parking isn’t a pain and there’s plenty of room to move. My boys easily bumped into the team mascot, Gigante, who graciously gave us a photo.

They have several huge inflatables (bounce house style), where kids can slide, jump and try their interactive baseball skills by throwing a strike or swinging a bat. I can’t tell you how proud my boys were to win tickets to future games by throwing a “strike.” It was definitely a highlight, that they won’t soon forget. 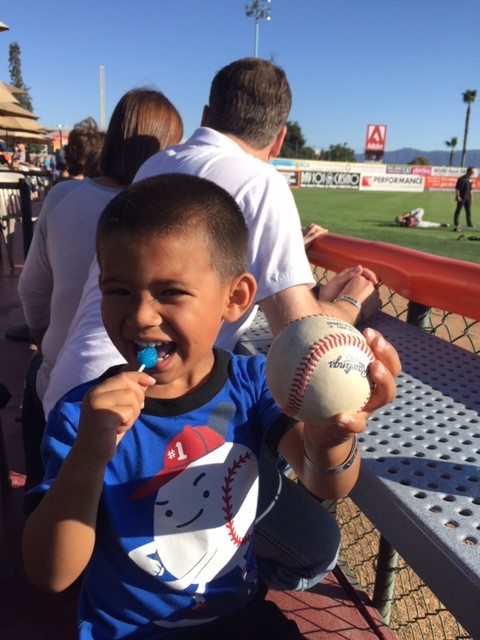 And, did I mention that you can get really up close to the action, Both of my boys each managed to snag a ball during batting practice before the game. I mean, how cool is that!? So, yes, take them out to a (minor) league ballgame and if you’re in the Bay Area, find the way to San Jose!