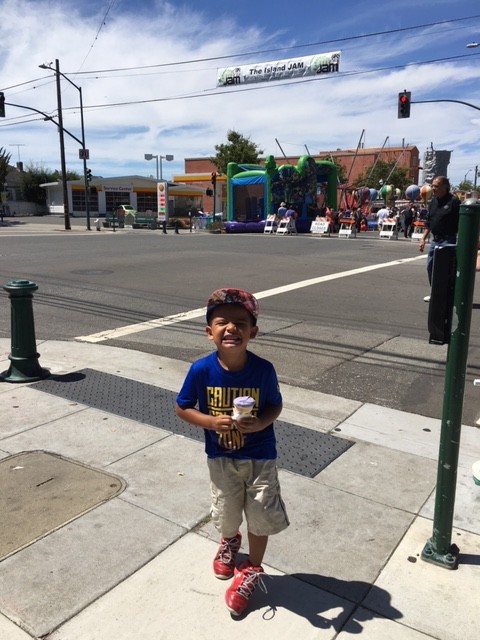 Every Father’s Day weekend in Alameda, Webster Street is shut down and room is made for the annual Island Jam! The carnival-like event is put on by the Alameda Chamber of Commerce and is open to everyone. This year, I decided to make a Bay Area Summer Stop with my boys, and check out some of street fair’s attractions. One of the things I love about living in Alameda is the fact that (IMO) it’s an urban oasis. There’s a small town feel, but it’s just a stone’s throw from SF and Oakland, so it offers a very diverse mix of activities, culture and ideas. The Island Jam is no exception. It’s not a HUGE production, but it take up several blocks on Webster with rides and games for kids, as well as community booths and local vendors…plus we can’t forget the food trucks and multiple music stages.

Of course since I had the boys in tow, the main attraction were the rides. Entrance and access to the street fair are free, but to use any of the rides or games, you need tickets. This year tickets ran about a buck each, depending on how many you purchase, and each attraction requires a certain number of tickets. I chose a moderate package, so I asked my boys to be selective on which attractions they wanted to use their tickets for. 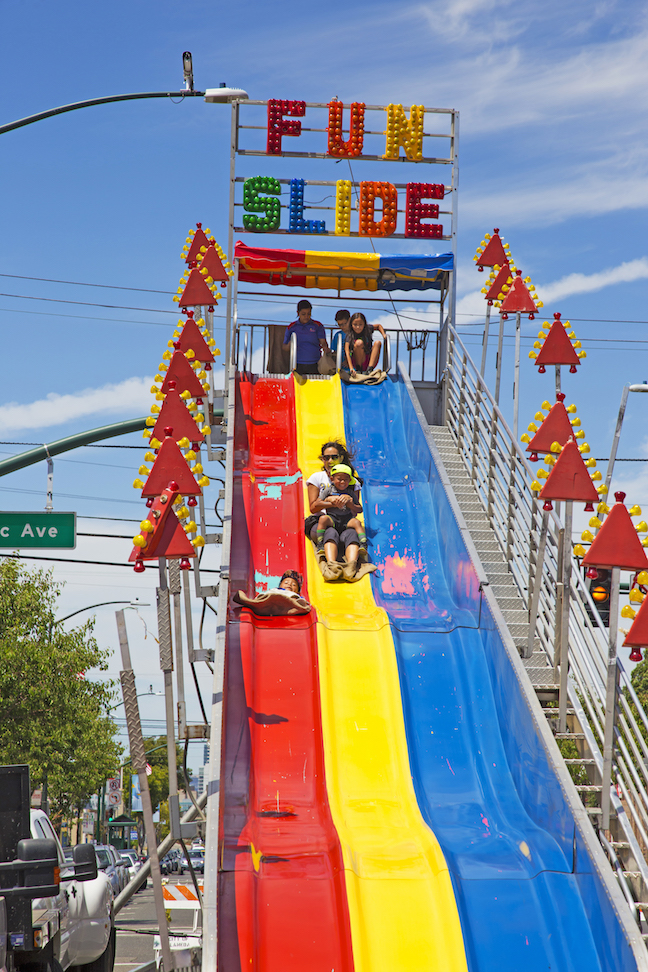 Well, there was no question the FUN SLIDE, was at the top of their list. In fact it was the first and last ride we took during our visit to Island Jam. Also, a photographer happened to snap a couple fun photos of us as we zipped down the giant slide! Side note – all the ride operators we encountered were really friendly women and it felt “safe”…just saying! 😉

While all the attractions are geared toward children, there are also many signs posted for each with height requirements. So, for the slide my younger toddler had no choice but to sit on Mommy’s lap, or shall I say I had no choice but to take a turn on the slide too! Among the many rides were a train, bird cages and the wrecking ball. I sat that one out and took this video below…

“Spiderman” also just happened to be on that ride with them, so they thought that was the coolest thing ever! haha! All in all, it is good family fun and if you’re looking for a way to get outside for a couple hours during Father’s Day weekend, it’s a nice option. Live music, some rides and the beach isn’t far either. We did a lap up and down Webster Street, took one more turn down the fun slide and ended with scoops of Mitchell’s ice cream before we headed home for a nap. 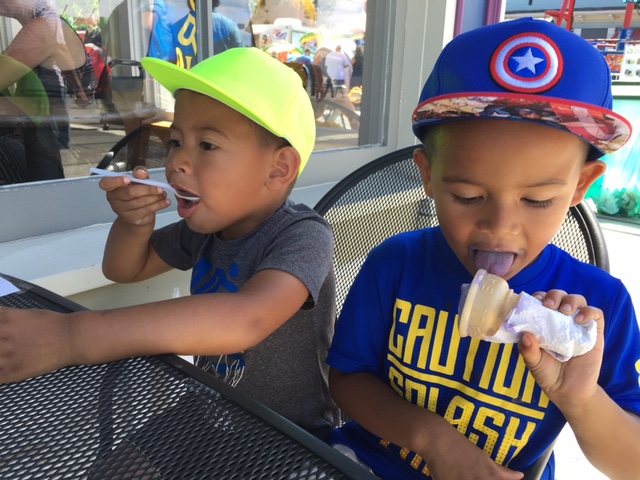