Scroll to Top
Categorized as
2401
Tagged as
childchildrenkidmoanmomMommymotherPAparentpornsan josesexshoppingsoundsspeakersstoretargettoddler
Related 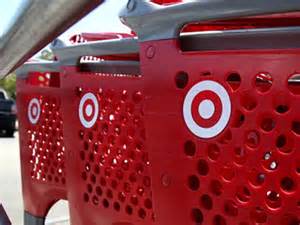 It seems some parents instinct was to leave their shopping carts, grab their kids and get out of the store. On the other hand, some stayed and video taped the incident, and others have commented about employees were laughing at the “sexual soundtrack,” rather then trying to make it stop.

Now, as a Mom to two young boys, I’m asking myself what would I do!?!? I mean you never really know until you’re in the situation right…but my hunch would be that I would need a minute to process what was actually happening and probably be a little bit embarrassed, but if it persisted  (as in this case), I would like to think I’d probably just try to keep it moving and act like it’s no big deal. I say that because one rule of parenting is to ignore and not give special attention to the undesirable – like whining and tantrums, because that will actually trigger our little ones to repeat those behaviors or continue to use said material to get a reaction. Plus, while porn is one thing, sex isn’t necessarily something you want to label as bad or wrong, it’s just not a forced lesson you want to be prompted to teach and explain during a trip to Target.

So, tell me…if you were shopping with the kids at Target or any store, when moans, groans and a “sexual soundtrack” started blaring into your ears via the establishments PA system, What would you do?

Meanwhile Target is looking into the incident to figure out who’s responsible and how it all happened.