Scroll to Top
Categorized as
5627
Tagged as
boychildchildrenfashiongendergirlkickskidmomMommymothernikesparentpinkshoessneakerstoddler
Related 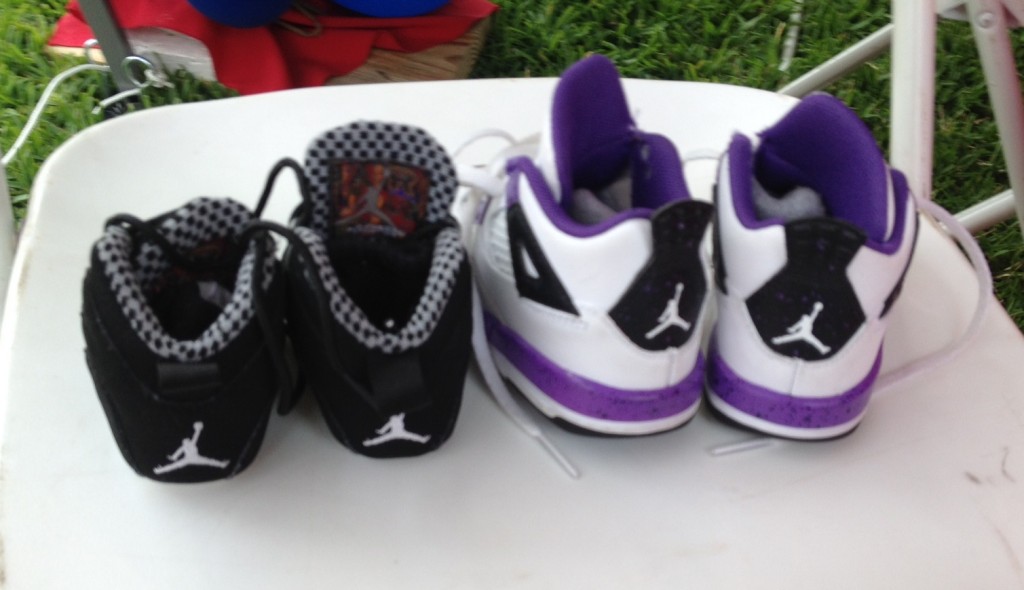 I have boys, two of them. At ages 2 and 3, they are toddlers…and while they don’t care much for fashion, they do get very particular about their shoes. Currently they are growing and stretching and running through shoe sizes quicker than they can wear out the shoes. It works out for me, where my older toddler with bigger feet, can pass his pairs on to the younger one, and they are still decent!

So, on a recent trip to the Nike outlet to see what new, bigger kicks we could get the older one…my younger one was also doing some “shopping.” I didn’t intend to get him any shoes on this outing, but if he wanted to toddler window shop, it’s all good. Well, once we agreed on a pair for my 3-year old, I did scan a couple sizes down to see if there might be any good deals to get something for little brother. And, as I checked the boxes, sizes and styles, he came upon a pair of pink sneakers. He then announced he wanted those shoes! 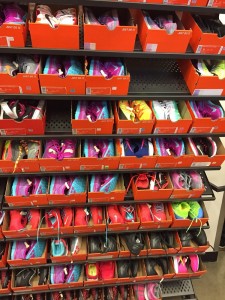 Aside from the fact I didn’t intend to buy him shoes this time around – I often feel guilty that he is always subject to hand me downs rather than the new stuff (but that’s besides the point), I caught myself about to say to him, “PINK is for GIRLS!”  I did stop though, and instead say something to the effect of, you don’t need new shoes and those don’t match your clothes. To be honest, it made me really uncomfortable and I felt conflicted about sort of letting him know PINK is not a boy color. I mean at 2 it’s not something I strive to teach him…I’m trying to let him figure out and explore the world on his own first.

Lately in the news, there has been much discussion and debate about retailers like Target moving away from gender-based signage and sections in stores. I have no problem with that, but now that I have been confronted with a “pink is for girls,” situation…I will openly admit that my toddler son will not be wearing pink sneakers. I mentioned the shoe shopping to one of my sisters…she is childless, for now…and she commented, “you won’t let him wear/have pink shoes?” So, yeah, the answer is NO, I won’t. 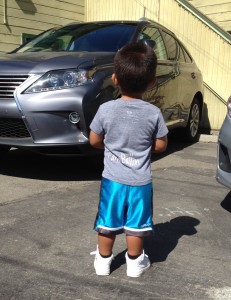 I think at 2-years old he is simply showing me he now knows the color pink, and since he likes sneakers and those stood out to him at the time, and maybe because it was about to be nap time aka cranky, he was exercising his voice and trying to tell Mommy what he wanted in that moment. Plus, in his young mind, he doesn’t consciously understand the “dolls are for girls, trucks are for boys” stereotype. Now, if a pair of pink sneakers existed as a hand me down or maybe a hint of pink accented a pair of shoes he liked, maybe I’d consider it…but NO, call me old-fashioned or label me as someone who keeps the co-sign on gender-based dress…I just am not cool with putting either of my little toddler boys in pink sneakers.

There are so many different directions someone could take this conversation, but I started to consider how it wouldn’t be such a big deal the other way around. Little girls can wear any color or style, but with boys certain colors aren’t desirable and you won’t see these little men running around in skirts…or pink sneakers. 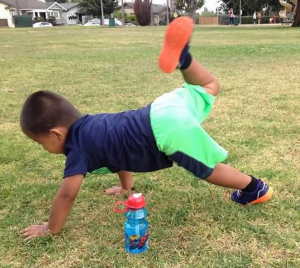