Scroll to Top
Categorized as
3646
Tagged as
babybow tieboyschildchildrendapperfashionkids
Related 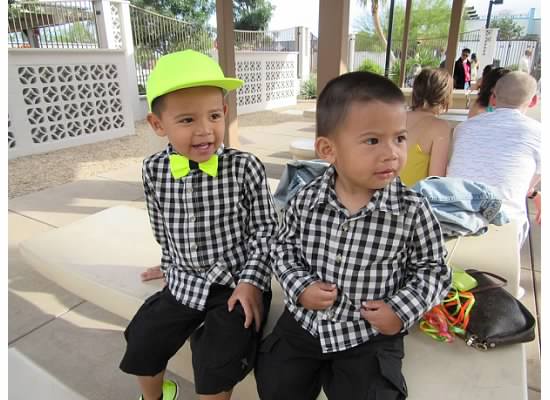 There is something so cute about baby boys wearing bow ties. Since I have two little boys, I can’t pretty them up with hair bows and girlie accessories, but that doesn’t mean all bows are out of the question!

So, when it came time to decide what my little guys would wear for my sister’s wedding, bow ties seemed to be the natural choice. Prior to the event I hadn’t ever tried to put either one in a bow tie, so maybe I should have practiced, at least with my younger one, but oh well… 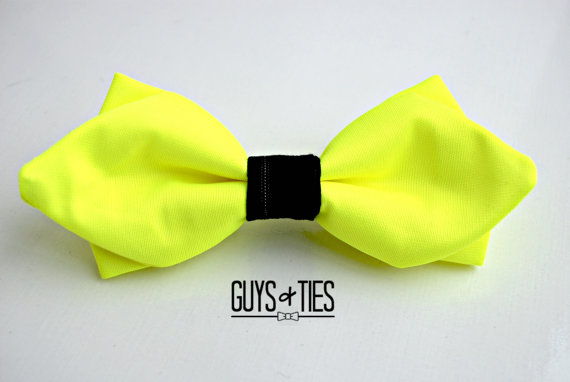 The theme was neon, so my sister ordered them neon yellow bow ties from the Guys + Ties shop on Etsy. We opted for the velcro (tear away) style, rather than a clip on, but in hindsight, maybe a clip on would’ve been better because my younger toddler didn’t want anything to do with it. Another option would have also been an adjustable bow tie…  Ours didn’t fit the boys very well around the neck because (of course) I bought their shirts a little big, so they didn’t connect as well as I had wanted to the velcro…they was sized to be snug on a toddler neck. At the end of the day my “baby” got what he wanted, which was no bow tie and to leave the top button unbuttoned. BTW – this shop offers both  traditional or pointy style bow ties. Raef had the traditional and Isaiah had pointy, but since he never wore his, I never got to snap a pic! 🙁 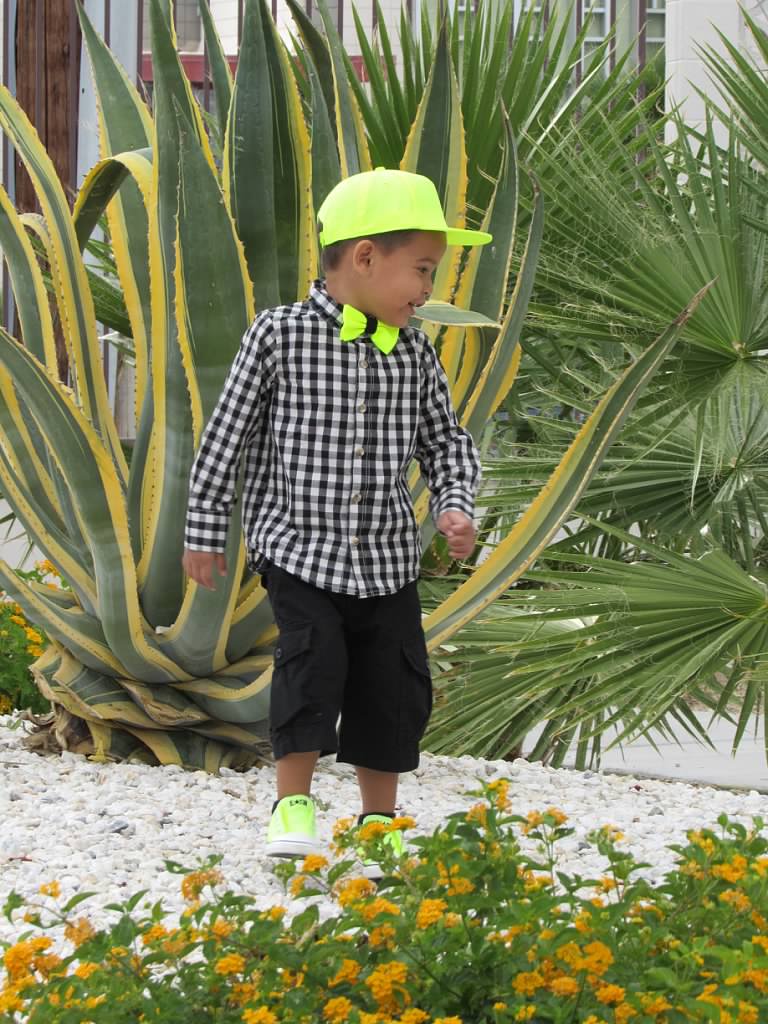 At any rate, we paired the neon yellow ties with black gingham shirts. My older toddler, Raef, loved his bow tie, heck…he even wanted to wear it the next morning too! I actually thought he’d be the more difficult of the 2 when it came to wearing it, but you just never know how they’ll feel on a particular day… And — if you’re familiar with The Wiggles, he totally likened his neon yellow bow tie to Emma Wiggle’s hair bow, and the “Bow in Her Hair” song! It was cute that he made that association, and he would sing it while admiring his bow tie. 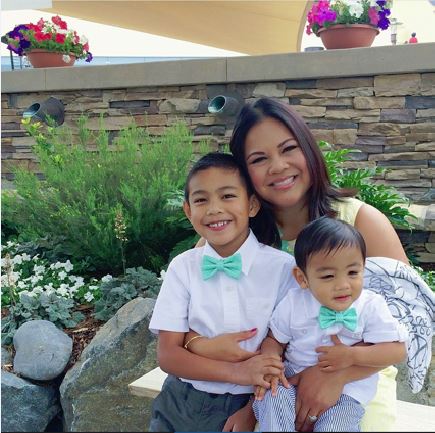 Charlene had this to say about her choice:

They are wearing bow ties from Little Mr. Ties (small shop on Instagram), and I LOVE them because they actually BUTTON ON rather than clip on, which my boys wouldn’t wear because it’s not too comfortable on their necks! They are SO easy to use and the shop has so many cute designs! You can even have one custom made with your child’s name on it! Best part is I know my boys will be comfy and stylish wearing them!!

So, go ahead and try it. Baby boys in bow ties is a very CUTE thing!