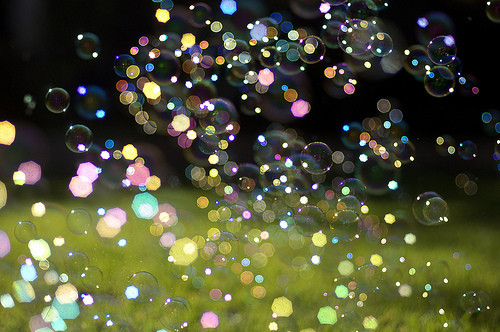 My kids love bubbles. I think it’s a given for children, bubbles are such an amazing, fun and simple thing. So now that it’s warming up my boys have been asking more and more about bubbles…I mean, sure it’s not an activity limited to outdoors, BUT I’d rather have them run around and spill all of the bubble solution outside, rather than inside! 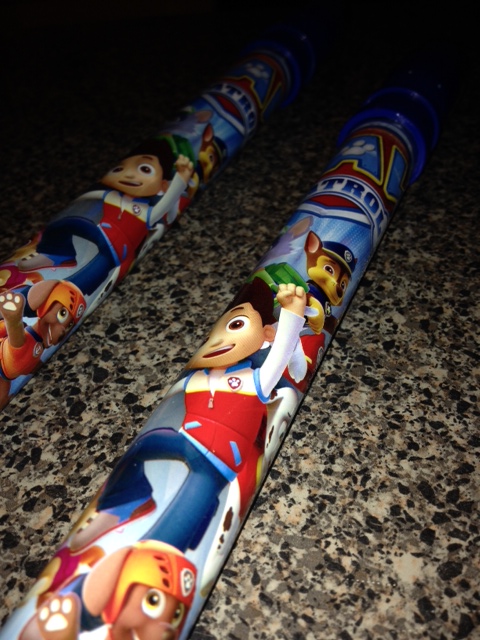 Okay, so for Easter they got these giant “Paw Patrol” bubble wands. I liked those because it’s easy for my toddlers to grip and they quickly got the concept of how you dip it in the tube to get more solution and then you don’t even have to blow, you can sort of hold the wand up and let the wind catch it and create bubbles for you. Of course there are the traditional bubble bottles with the small wand inside. Those are easy for my kids to blow their own bubbles, but without fail, it all spills out for one reason or another, and doesn’t last long enough! I’ve also bought them some bubble sets with trays and wands with fun shapes and those work good too. 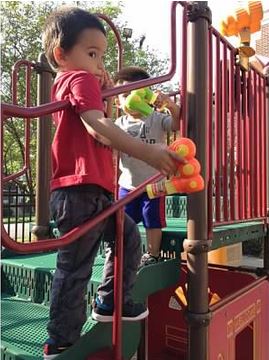 But, the reason I really wanted to talk about bubble is because the other day we headed to the playground with a couple bubble “machines.” And, I put machines in quotes because the easier term would be “gun,” and I just feel awkward saying that in the same sentence when refer to a toy my boys have… Prior to becoming a Mom, I hadn’t given it too much thought, and I hadn’t even bought them these bubble makers…they were gifts. 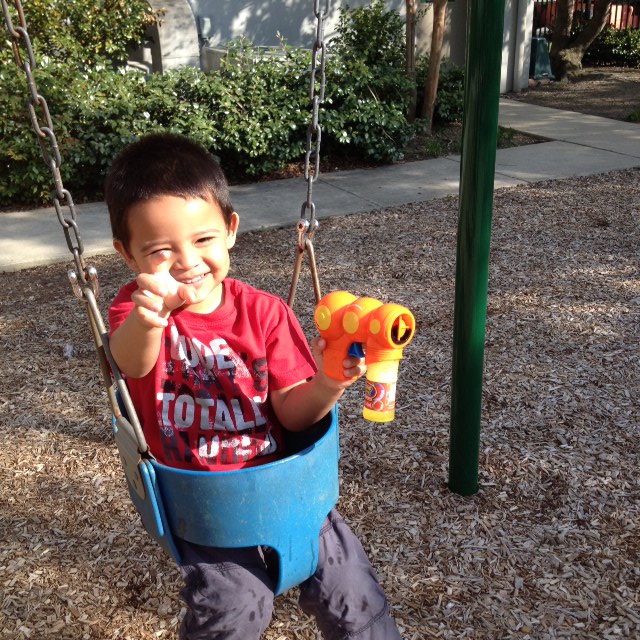 I figured it would be much easier for them to play with the bubbles, less mess and all they had to do was “pull the trigger.” But even saying that makes me uneasy and as we walked to the playground I kept thinking, I hope any other parents there don’t give me the side eye for allowing my toddler to play with these “guns.” They were a pair of brightly colored toys, that look nothing like the real deal, but the shape and mechanism are similar to what a gun would be. 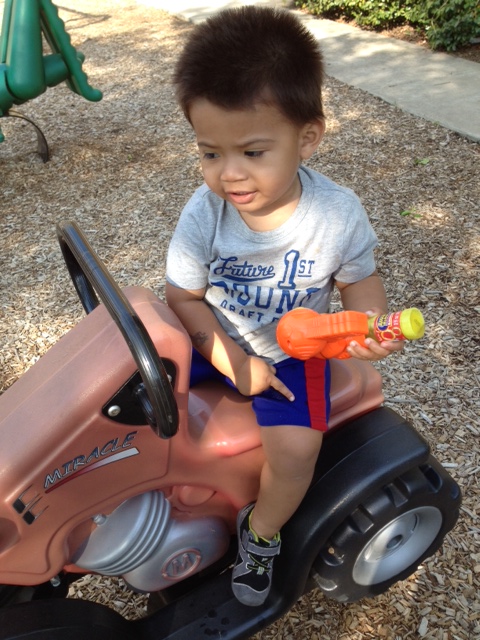 It turned out not to be a big deal, my guys were so quick to make sure they kept the bubbles coming that they ran out of bubble solution quick. The ones we had were also a little leaky, so before the batteries gave out, there were no bubbles left to be blown! All this to say it did feel weird, but I don’t think I should feel bad. We’ve never given them any type of toy gun at home and I don’t plan too. I’m sure as they get a bit older water guns and other type of play guns will be things they want to check out…they are boys.

But for now, I’ll limit them to the bubble machines and make sure they know them as such and not say the “g” word.