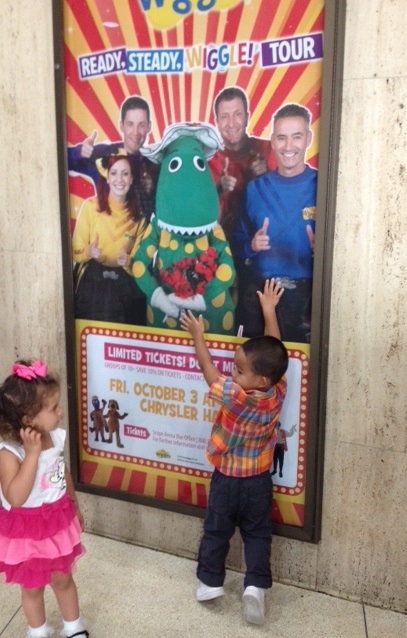 We took the boys to see their first concert ever — we did bring them to see the circus last year, but this is totally different! We were taking them to see an actual “group,” and not just any crew…but “The Wiggles.” Raef started digging them BIG TIME last year at some point, and so little brother Isaiah has pretty much been exposed to the foursome since birth. So, if you’re not familiar with this group, they are four performers from Australia, 3 guys and a gal… the original crew had 4 guys. So when my boys saw Anthony, Lachey, Simon and Emma hit the stage, they were in awe! Captain Feathersword, Dorothy, Wags and Henry (the Octopus) were also part of the colorful live cast. 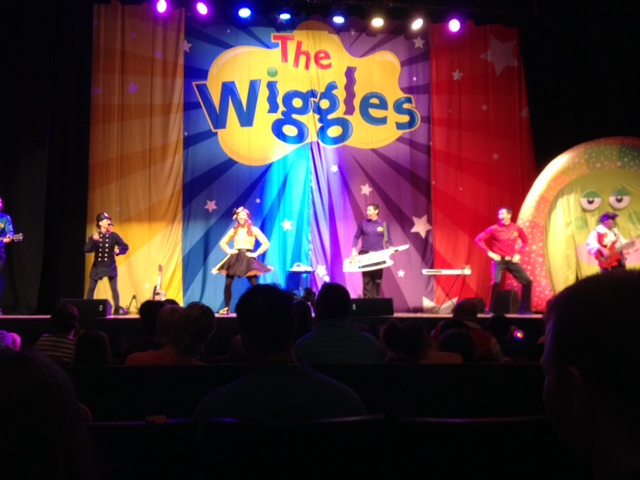 I think they have been so accustomed to seeing them on TV, that they were pretty shocked when they had to process that these characters they sing and dance with everyday were in the flesh, right in front of them. And — as any “wigglers” parent knows, the songs and tunes are extremely catchy, so you will know them ALL and be able to sing right along and join the fun. It really was a good show and once my duo warmed up and processed that the real deal was right in front of them, they had no problems grooving along.

It was a really good show! I’d say about 90 minutes of fun and entertainment. They started right on time and there was no intermission (which I can only imagine the “activity” if an entire theater packed full with toddlers and preschoolers got up for a break), but the show moved along really well from start to finish. At one point a few of The Wiggles even got down from the stage and  roamed the aisles collecting roses and flowers for “Dorothy the Dinosaur” and Bones for Wags the Dog… I kind of wished we had been on the aisle when they walked by, but what can you do? We were 8th row front and center, and that was key…I can’t imagine being up on the balcony. It was cute though because Raef was so concerned when they got off stage and started walking around among the crowd…he kept his eye on them til they safely made it back ito the spotlights! 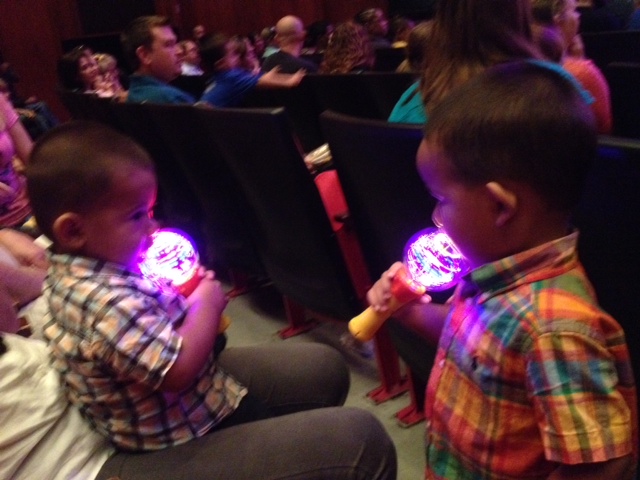 And — since you can’t go to a concert without bringing home some kind of swag…we opted to get each of our boys a Wiggles branded light up swirly thing – it came in super handy for Twinkle, Twinkle Little Star. So all in all their first concert was a HUGE success, well worth the money we spent on 4 tickets and an awesome family outing!