Scroll to Top
Categorized as
2839
Tagged as
animatedcartoonchildrenkidsliteracyNIckelodeonpreschooltelevisionWallykazam!
Related 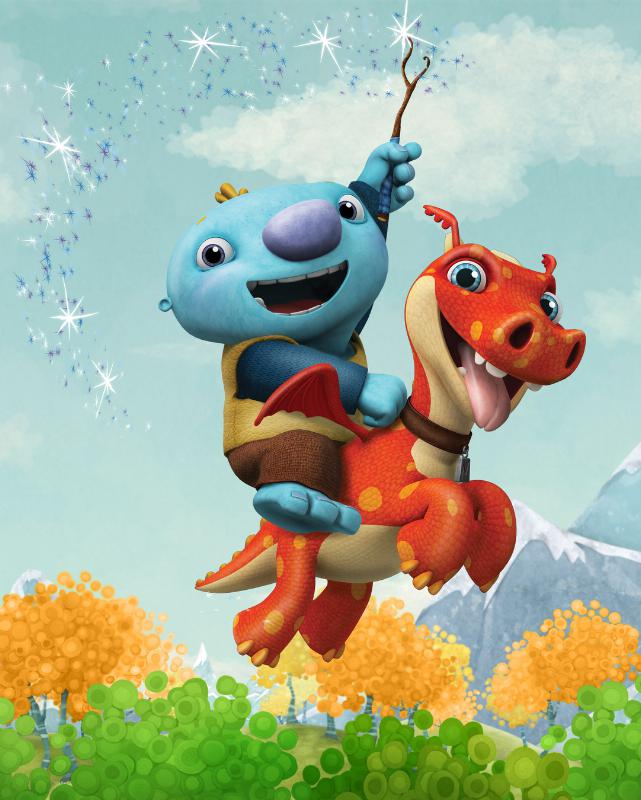 Nickelodeon invites preschoolers to discover the magic of words as the network debuts the brand-new animated literacy series Wallykazam! on Monday, Feb. 3, at 1 p.m. (ET/PT). Wallykazam! follows the adventures of a troll named Wally and his pet dragon, Norville, who live in a forest with giants, goblins, ogres, sprites and other mythical creatures. Wally uses his magic stick to make words come to life on screen that start with a specific letter, sound or rhyme.  Each episode features a new set of magic words that Wally uses to playfully transform the world around him.

In the series premiere, “Naptime for Borgelorp,” Wally babysits Ogre Doug’s hyper and unpredictable pet Borgelorp. Ogre Doug gives Wally two instructions: get Borgelorp to take a nap and, most importantly, make sure he doesn’t eat any purple flowers.  Wally uses magic words to help tire out the rambunctious creature and desperately tries to keep him away from purple flowers, but Bobgoblin has other plans. The words introduced in the episode start with the letter “s” and include somersault, soar, sandwich and symphony.