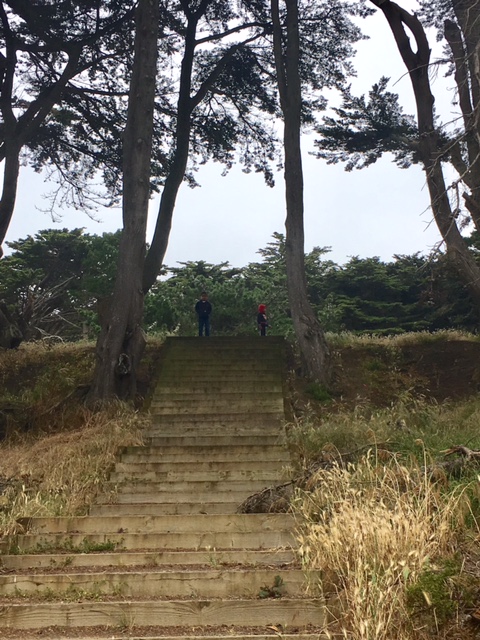 It was definitely NOT a sunny gorgeous day, but it looked like the rain clouds were going to stay away and I had been wanting to take the kids out for a hike in San Francisco. Specifically I wanted to check out Lands End and the Sutro Baths. I was very excited to be making the trek with my boys, because despite being a Bay Area native, I had never been…AND I’ve always wanted to see these historic sites first hand. 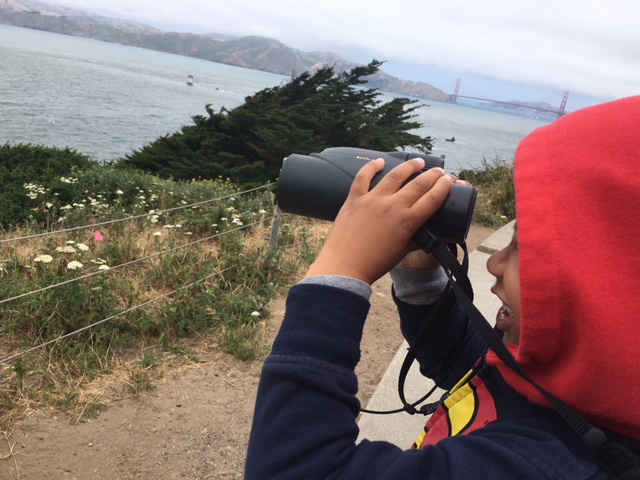 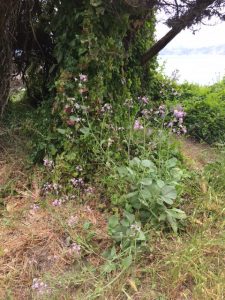 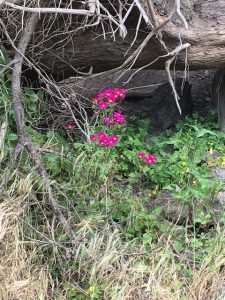 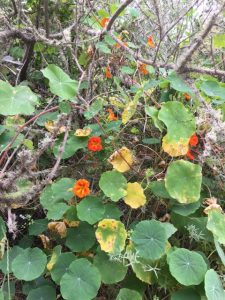 All in all, Land’s End Trail is about a 3.5 mile loop, it’s a very popular (tourist) destination and it offers fantastic views of the Bay/Pacific Ocean and has tons of pretty wildflowers along the trail as well. The day we went out for the hike, whales could be seen in the distance – with the help of binoculars! 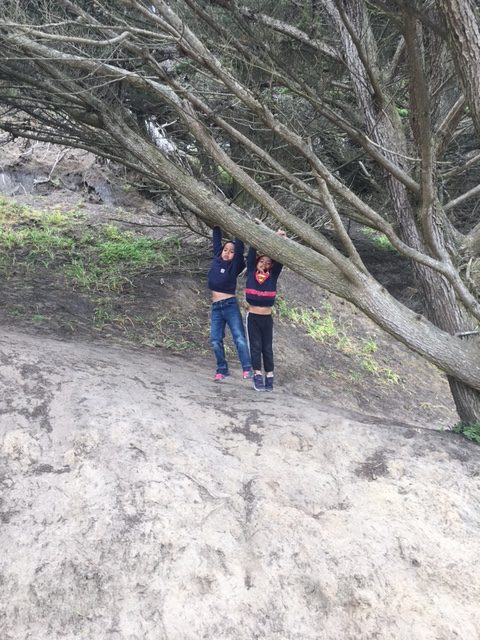 My boys took to the walk right away, there were all kinds of trees, hills and rocks to keep them occupied. 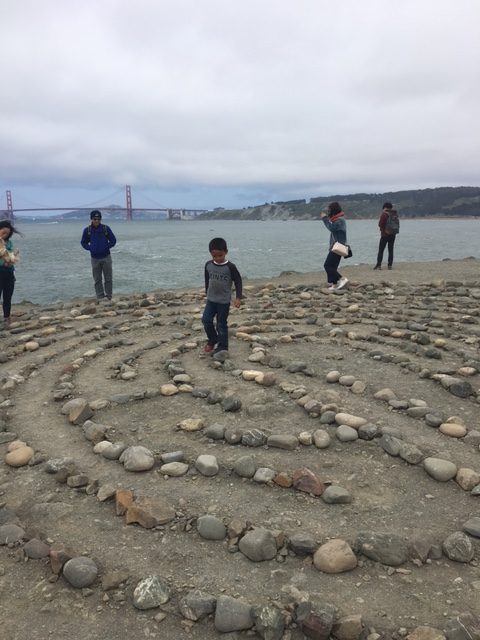 Our first stop was to the Lands End Labyrinth, which I kept saying was a “maze,” however on this hike I learned a labyrinth has one shared entry/exit point, while a maze may have multiple entrances, exits and dead ends…who knew?! If you’re hiking with smaller children, you’ll want to hold them tight while getting down tot the labyrinth. It’s a pretty steep slope to get down there, and it’s a dirt staircase which can be on the slippery side too. Nonetheless, we made it…however I got quite the work out going down and back up! 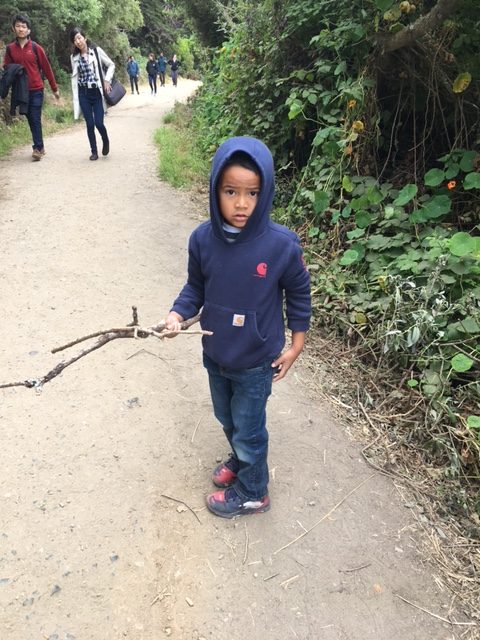 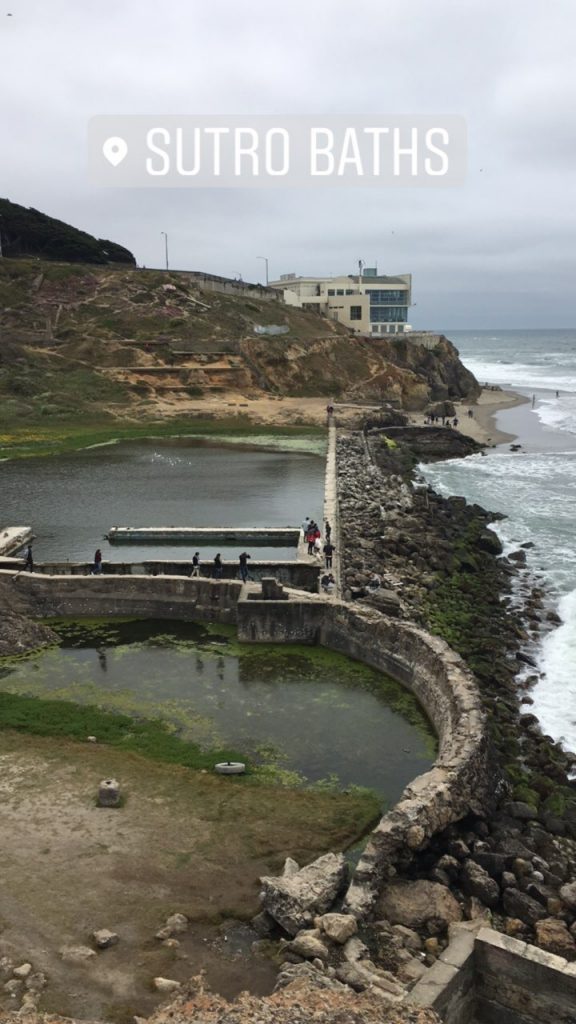 Our last stop of the hike was to see the Sutro Baths. Per wikipedia:

So, on the hike you can still see the ruins and there is also a cave you can walk through, where the tide goes in and out, that the kids think is pretty cool! 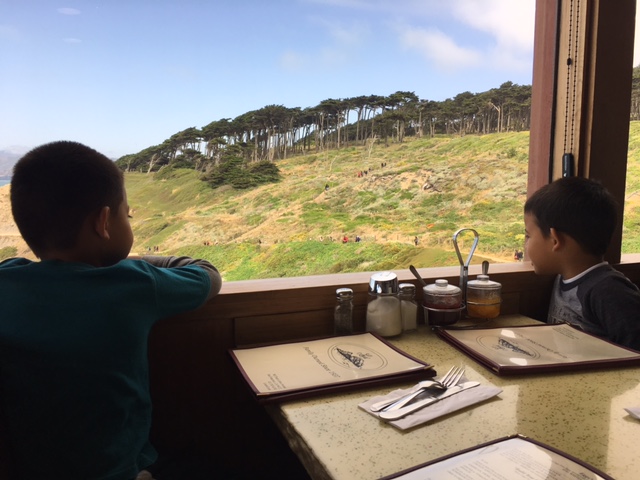 After the hike, if you’re hungry or want to grab a snack, there are a few options that overlook the (Sutro Bath) ruins, and we chose Louis’..it was a the perfect way to cap off the afternoon hike! All in all, this was about a 2 hour outing, and time well-spent!