Scroll to Top
Categorized as
4485
Tagged as
babychildreninfantkidsteethteethingtoddlertooth
Related 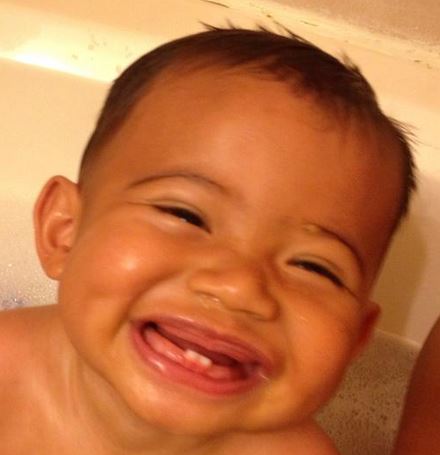 My younger son is 15 months…and he only has TWO teeth! Yep, just 2, his bottom 2 center teeth. Now, I guess it’s not that unusual, but compared to his older brother who pretty much had a full mouth of chompers by the time he turned 1…we’re kinda wondering when baby bro is going to get any more??!! And — maybe the bigger (scarier) question in Mommy and Daddy’s mind is…are they all going to come in at the SAME time!?!? That sounds painful just typing it. 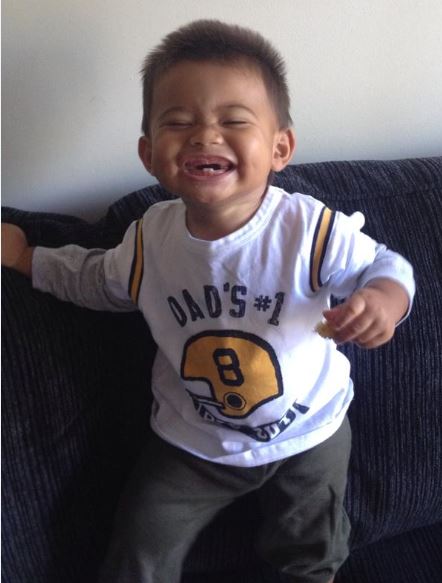 Isaiah had been “drooly” since about 3 months, but as the months went by, nothing. When he finally hit 8 months the bottom two erupted and we were certain the rest would sprout one by one to fill out his gummy smile, just as Raef’s had the year before. Then as he approached his 1st birthday, we kept expecting more teeth, but no, nothing yet. We’ve had the cool teethers in the fridge on standby and kept Sophie the Giraffe nearby for any spontaneous gnawing. The Camilla and teething tablets are always within an arms reach, along with Baby Advil, in case the teeth start to show up…but we are still waiting! ha! The pediatrician says not to worry, because they will all probably just come within the same month. Oh joy! LOL! 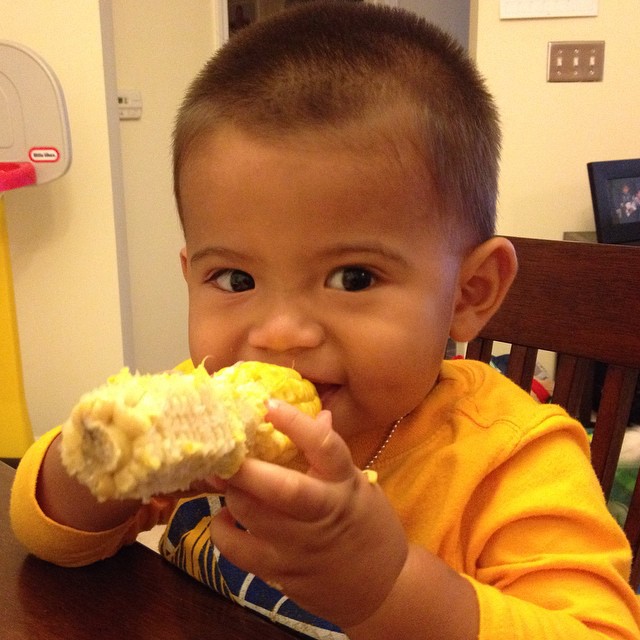 The good news in this, is it hasn’t delayed his eating abilities. We do take extra caution to make sure everything is soft or cut small enough, since he’s only got the pair on the bottom. At 15 months young, his appetite is healthy, checking in at 30 pounds and 33 inches, he’s the size of an average 22 month old…he’s a BIG BOY! I haven’t done too much to wean him off the bottle or pacifier, although I know I should enforce that soon…but it’s like he doesn’t have any teeth to decay! j/k! And interestingly enough, brushing teeth is one of his favorite things to do, but it’s pretty easy, when you only have 2!! 🙂 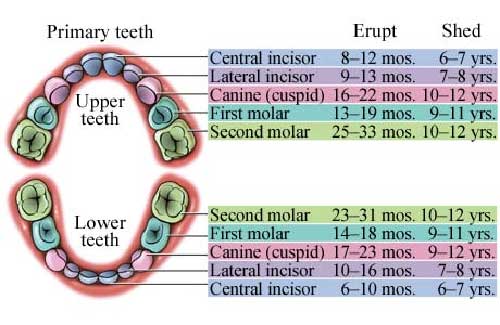 Here are a couple facts to cut your teeth on: