A common comment I am hearing about Katy Perry’s halftime show during Super Bowl XLIX is that it was “family friendly.” Honestly, it was, it was a great “show,” very entertaining, filled with pyro, slick special effects and larger than life animals! There was no wardrobe malfunction or uber sexed up singer…it was a pretty pop performance. 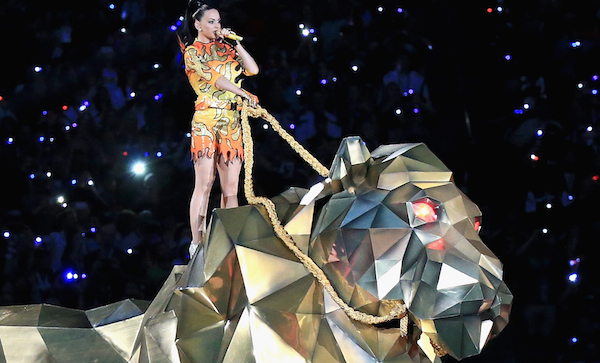 The lion she came out on at the beginning was fun and unexpected. In some ways it reminded me of the MGM lions crossed with a transformer. My toddlers were certainly interested to see exactly what IT was!! 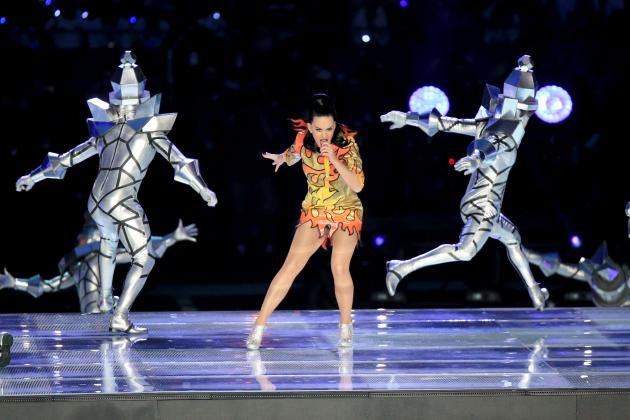 But seriously I could not take her “flaming” costume. It was just not cute to me…and in the picture above, don’t those dancers remind you of the tin man from the Wizard of Oz?? LOL! The black and white checkerboard floor was a nice illusion though, I did enjoy that.

There have already been many comparisons of her costume to that of Will Ferrell in “Blades of Glory.” 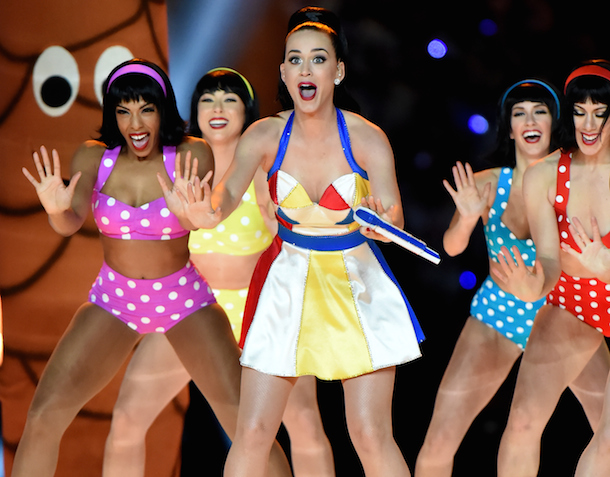 When California Girls took the stage, it was a fun, colorful set up, almost looking like a “Yo Gabba Gabba” show. When the dancing beach balls and sharks came up…my kids really started getting into it…we were having a halftime dance party! 😉 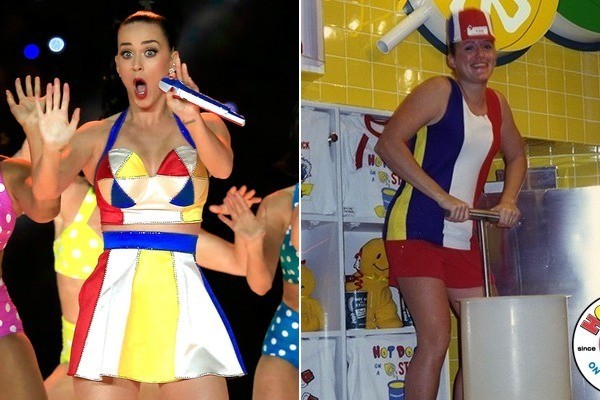 And — another costume comparison…I think this may just be familiar to west coasters…but anyone remember Hot Dog on a Stick!! The mall food court spot for a corn dog and some fries…Katy’s getup was certainly reminiscent of that…and she had a matching mic for every outfit too! 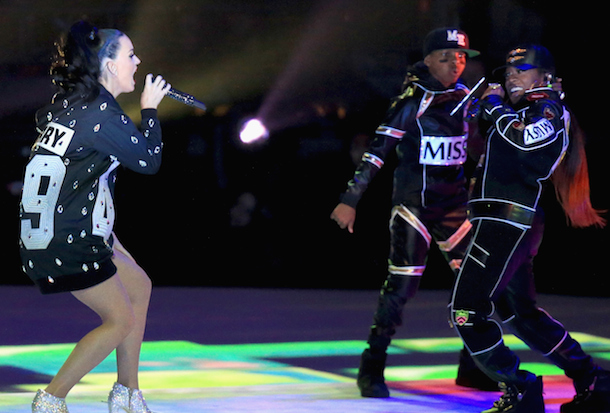 Finally, my favorite part of the performance was when Missy Elliott came out. It was a refreshing changer to the tempo and wasn’t full of visual gimmicks! Those of you who are familiar with Missy’s work, know she has always been a trendsetter and someone who stepped outside the box…she looked great and the simplicity of her crews black outfits paired with those epic hip hop beats, was great!

Katy on the other hand looked like she was wearing a blinged out garbage bag…who was doing the styling for her!?!? It was horrible, I couldn’t get over that outfit! I did love Katy’s glittery shoes and that fact that she used the entire field! Overall, yes it was entertaining and fun, great for the entire family and it wasn’t a fail. However, I will not be ranking her up there with how much I enjoyed Bruno Mars, Beyonce and Michael Jackson.

All that being said, a huge shout out to my friends who were part of the show! I know some of my Arizona Cardinals Cheerleaders Alumni sisters were dancing alongside Katy Perry, with another friend of mine coming in as the “third tree”..behind the sharks of course, with more lucky enough to take the stage with Missy.