Scroll to Top
Categorized as
4780
Tagged as
babybloodboychromosomesfathergendergeneticgirlmaterniT 21maternitymommothernewbornpregnantscreeningtest
Related 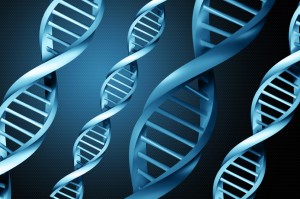 When I had my first baby in July 2012, I was already of “age” to get genetic testing done (aka OLDer Mom)! I went through the screening process which was a Q&A session with me, my partner and the genetic expert who went through the motions to explain what they look for what the risks are and finally the ultrasound and blood tests. Luckily all went well and we were at low risk for any abnormalities and I had already decided I wasn’t going to opt for an amnio – although I recall my Mother doing that for my 2 younger siblings back in the day. Our results came back fine and so for us, genetic testing was a pretty easy process.

Then when I got pregnant again, I found out in the time between my 2 babies (53 weeks) a new blood test, MaterniT21 Plus, became available to check for the genetic abnormalities AND because this test screens chromosomes, it can also tell you the gender of the baby because either there is or isn’t a “Y” present…and you only need be 10 weeks along to take it! AND, did I mention it’s 99.6% accurate!!! Plus, the test poses no risk of miscarriage and simply analyzes the fetal DNA in the mother’s blood.

So, when I found out I was expecting the 2nd time around, my friend who had just done the new, MaterniT21 blood test, told me to see about taking it as well. I think at the time, in late 2012/early 2013, it had yet to be used in all states…that’s how NEW it was! Okay, so yeah, I was able to take it and when they called with my genetic results (all normal) and she asked if I wanted to know the gender – I was about 13 weeks at the time, I took a deep breath and she said, “You’re having a boy!” Exhale. Then of course weeks later when they do the anatomy screening with the sonogram, it confirmed the results, even though I already fully trusted the “MaterniT 21 Plus” results…because like I said, either there IS or ISN’T a Y chromosome present!

In the past couple weeks, two of my girlfriends have each announced to me that they are expecting their second babies and because we all fall into the same age group, they used MaterniT 21 blood tests too, and in the first trimester have already found out the genders of the babies growing inside them! 🙂 All this to say, if you are expecting and “can’t wait” to find out the gender of your upcoming arrival, ask your doctor about MaterniT 21…might as well add it to the list of blood you’re “donating” for tests anyway!