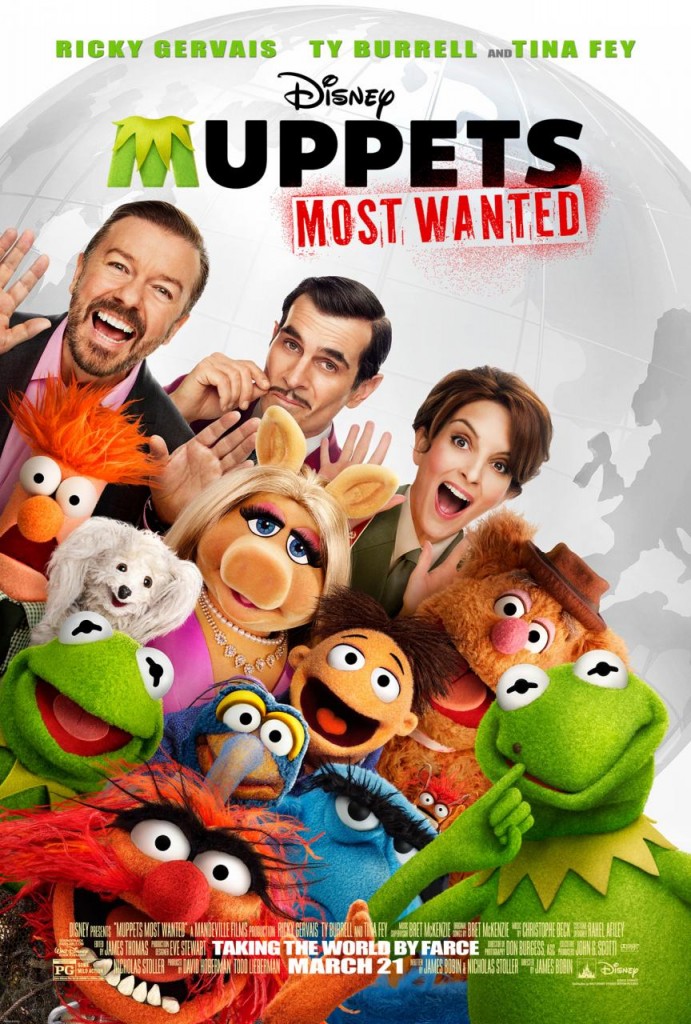 Kermit (the Frog) and company have a new movie hitting the big screen this Friday, March 21, 2014 in Disney’s “Muppets Most Wanted.” The film takes the entire Muppets gang on a global tour, selling out grand theaters in some of Europe’s most exciting destinations, including Berlin, Madrid, Dublin and London. But mayhem follows the Muppets overseas, as they find themselves unwittingly entangled in an international crime caper headed by Constantine—the World’s Number One Criminal and a dead ringer for Kermit and his dastardly sidekick Dominic, aka Number Two, portrayed by Ricky Gervais. The film stars Tina Fey as Nadya, a feisty prison guard, and Ty Burrell as Interpol agent Jean Pierre Napoleon. Disney’s “Muppets Most Wanted” is directed by James Bobin and produced by David Hoberman and Todd Lieberman. Bobin wrote the screenplay with Nicholas Stoller, who is also executive producer with John G. Scotti. Featuring music from Academy Award®-winning songwriter Bret McKenzie. 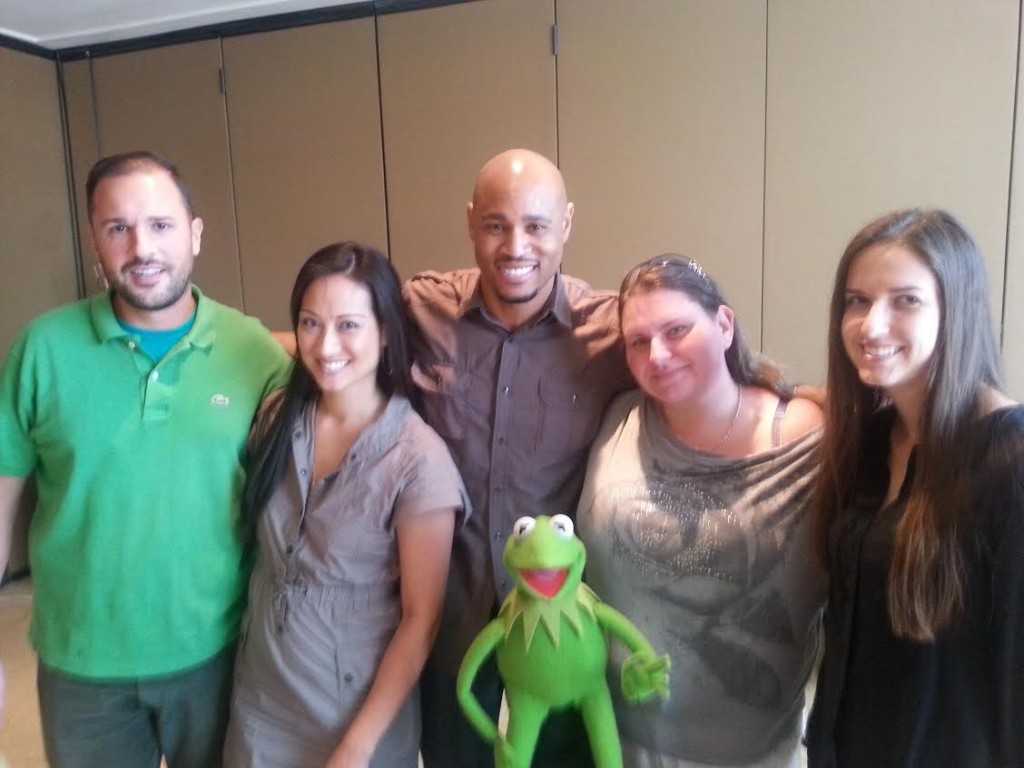 I was lucky enough to interview Kermit when he made a South Florida stop to promote his new movie. I got to sit down with him in a roundtable discussion and here’s some of what we talked about!

First off we asked him about his trip to South Florida…
Kermit: It’s almost like being home, only hotter! I’m from the swap, as you know, and the swamp is sort of more Northern Florida, right up my alley, very moist and damp and mucky and muddy.

And — he was quick to tell us who his favorite Miami HEAT player (of the “Big 3” – Lebron Jame, Dwyane Wade, Chris Bosh) is…
Kermit: I lean towards Lebron [James] because the way he can hop, he’s got like massively strong froggy legs! Anyone who can leap that far got my vote!

On Entertaining a new generation of children:
Kermit: It’s wonderful to see parents who I might’ve taught their ABC’s and now they’re bringing their kids around.

When it comes to matters of the heart and marrying Miss Piggy, after 35 years of dating:
Kermit: There’s all kinds of issues, not sure it’s legal to marry a pig, how it works for a frog to marry a pig…she’s got it figured out, still unanswered questions on this…

In Muppets Most Wanted he talked about starring alongside Tina Fey:
Kermit: [In the film] I end up in a Russian “gulag,” she is the warden of the prison and we got to know each other very well. We were friends before that, I had done Saturday Night Live when she was there and an episode of 30 Rock. She actually told me I was her favorite scene partner ever!

As for preparing for his “prison” role:
Kermit: I worked with Ray Liotta and Danny Trejo…nicest people in the world, but they can be pretty scary, so it gets you right in the spirit.

Right now Kermit is super busy promoting the film and traveling like crazy, but he has a couple tips that make it easier…
Kermit: Easy to get through TSA with no clothes (Kermit says he’s always in his birthday suit), or ship myself FexEx, guaranteed overnight!

Finally, he does plan to take a “break” after all this excitement…
Kermit: The best part about being in movies for me is I can go home, they say you can’t go home, but in the swamp you can go home…frogs accept you back!

Press play to watch the official trailer for “Muppets Most Wanted.” It truly is a fun film filled with all the action, excitement, music and cuteness you’d expect from the Muppets, entertaining for young and old alike! The Muppets are known for attracting all kinds of celebrities for cameo appearances….and their newest film is packed with lots of them. One thing that I love about Kermit and all the Muppets really is that to me they are “classic,” they were cool enough to entertain some 3+ decades ago and have the staying power to appeal to new audiences now. Kermit hasn’t changed one bit and he is sweet (and humble) as ever! One of my first memories of watching a movie in the theater was to see “The Great Muppet Caper,” and I remember watching “The Muppets Show” religiously as a kid, so it’s great to see them back in action, making people smile.