Scroll to Top
Categorized as
6549
Tagged as
agencybaby bumpbellyexpectingmaternitymodelmodelingpregnant
Related 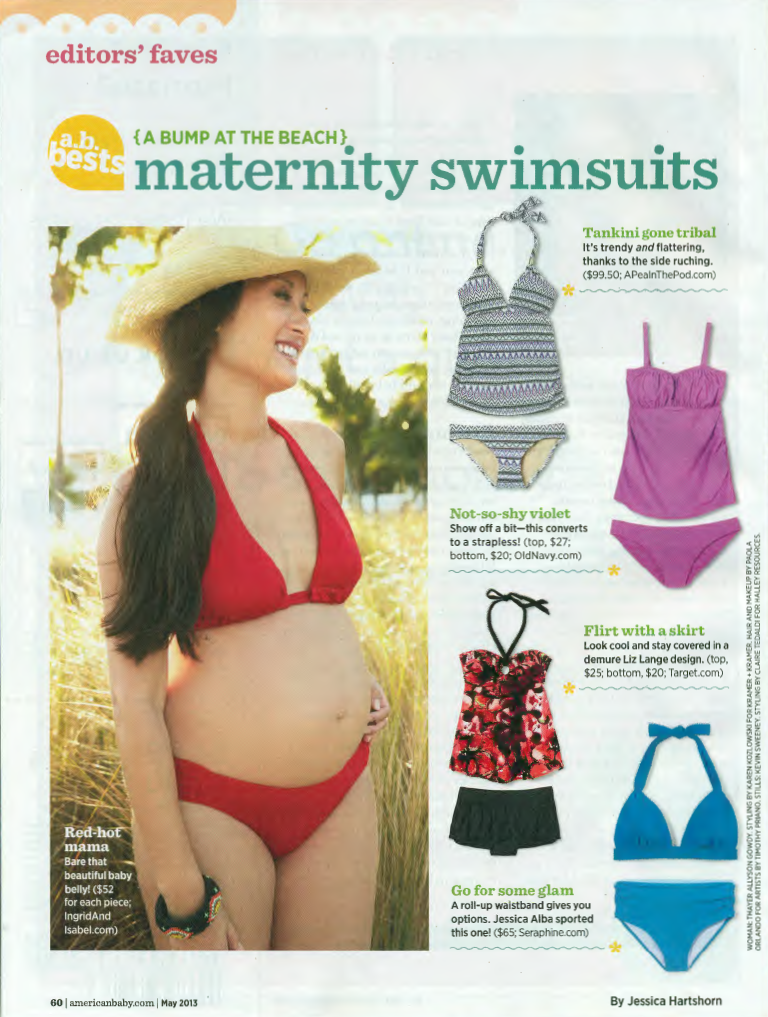 When I became pregnant the first time around, I was signed to a modeling agency that is named, and specializes in “Expecting Models.” I figured it would be a great opportunity to possibly pick up some extra work (and cash) with my growing belly. Well, while I was submitted and considered for several jobs the first pregnancy, I did not get booked for any jobs until my second pregnancy. During my second pregnancy I was luck y enough to be in the right place at the right time! The place being Miami and the time being about 16 weeks pregnant with a small baby bump. It was a fun shoot for American Baby magazine in the Florida Keys. And — as you can see in the print (above) that made the cut, it was for a maternity swim spread! It was published in their May 2013 issue.

Now if you are thinking about maternity modeling and are interested in putting your belly to work, here are some helpful tips on how to possibly find work and/or know if it’s for you:

Getting work – Expecting Models is the only one (in the US) who specifically represents pregnant models, and they have locations in NYC and LA or you can submit to other agencies if they have a maternity division. If you’re interested in getting signed, you’ve got to act quickly because it’s a small window of time that your are pregnant!
Location – For the most part you need to be in LA or NYC to be booked, as most of the go-sees and castings are held in one of the 2 cities. Since I’m based in Miami, there are occasional opportunities in the area, but I was also willing to travel to NYC for work.
Photos – Many of the women who work as maternity models are already working models and have photos to show their work. When you have a growing belly, it is important to provide current photos every few weeks, since your shape/size will be changing quickly.
Up Keep – And, since jobs can pop up very quickly, you need to maintain your physical fitness and appearance during your pregnancy to be ready to go!

If any of the above doesn’t sound like it’ll work for you, I would recommend checking local classifieds like craigslist where there may be job posts for pregnant models or contact an agency in the city you live in to see if they may have any upcoming jobs for maternity models. Good luck!