Scroll to Top
Categorized as
5234
Tagged as
babybibcakecelebrationcupcakesdaddaddydecorationsdiaperexpectingfatherfavorsgamesinfantmaternitymomMommymothermustachenewbornonesiepartypregnantshower
Related 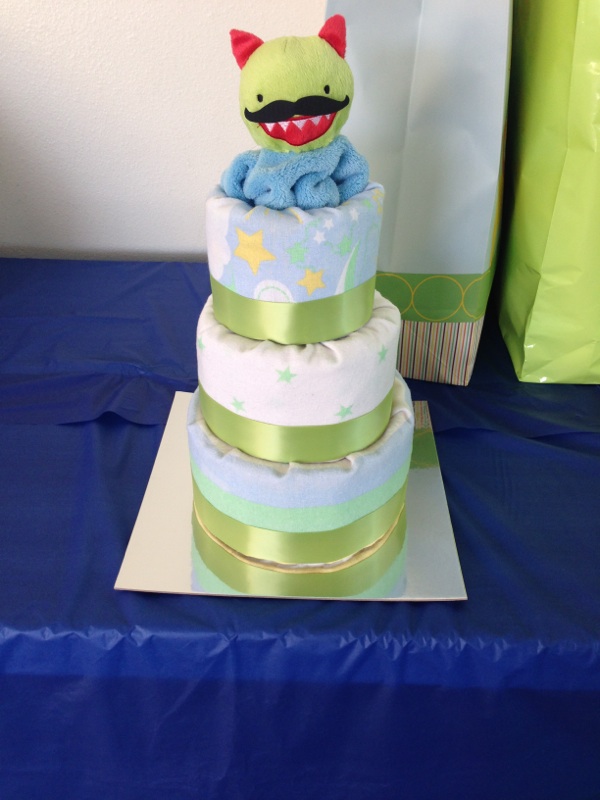 One of my baby sister’s BFF’s is having a baby – this actually makes me feel really old, because I’ve known her friends since they were like 5 years old!!! Anyway, in honor of his upcoming arrival, they celebrated with a Mustache themed baby shower! Lots of fun stuff from the decor to the dessert, games, favors and their own unique spin on playing up the “mustache!” The Mom-to-Be, Gaile, was actually sweet enough to give me great descriptions for the photos I’m featuring in this post…as she heads into the home stretch of pregnancy on bed rest…so, enjoy! 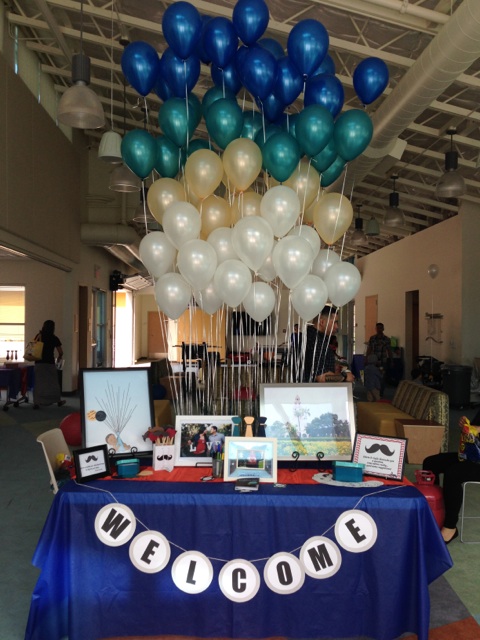 The welcome table. I loved the idea of having a wall of balloons behind the welcome table to separate the space. We used blue, teal, orange colored circles for our guests to “sign in” on, that will be used as balloons for the frame on the left hand side. That way, when our baby boy grows up, he can read the messages, and know who attended his baby shower. We also placed a variety of photos from our baby bump photo session in San Diego. And — we solicited name suggestions and advice with a sign that said, “Edwin & Gaile mustache you a question, advice really and good name suggestions.” 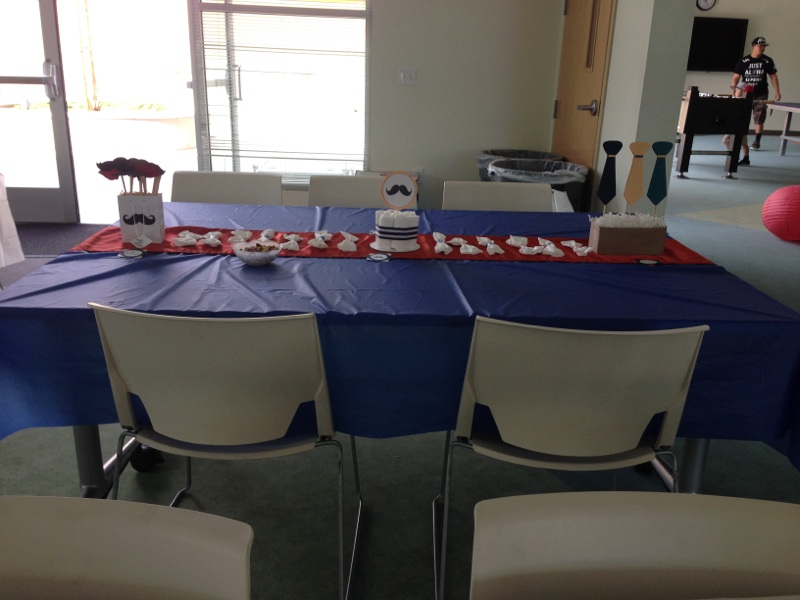 Table seating. Centerpieces/decorations were the mustache props, a mini-diaper cake, and neckties. Mustache props: I purchased a stencil on Oriental Trading and cut out the mustaches and glued them onto sticks. The mustache bag they were placed in had a note that said “Photo Fun! Wear one!” These mustache props were not only at the eating tables but throughout the venue. Everyone loves taking pictures and the props make for great photo opportunities! As for the mini-diaper cakes, they were a simple set of 7 rolled up diapers, bundled up with a ribbon wrapped around them, and a mustache tag decoration sticking out of the center. The necktie centerpieces were inspired by Pinterest and also cut from a stencil, glued onto sticks, and stuck into floral arrangement Styrofoam, topped with shredded paper and wrapped with paper bag wrapping! The persimmon color table runners were actually used at my wedding so that was a bonus to reuse! 🙂 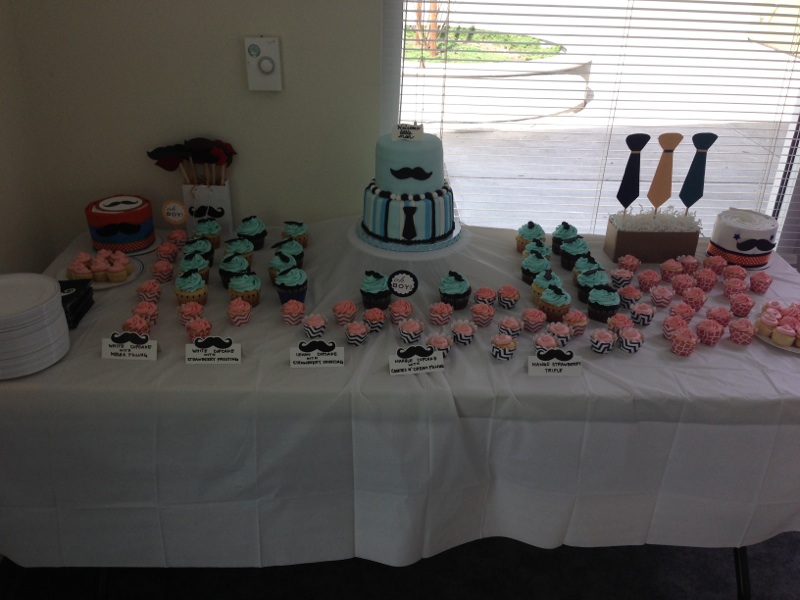 The dessert table! The decorative cake design idea was found on Pinterest. The actual cake maker was my Sister-in-Law’s coworker, and it was delicious and moist. She also made the full size cupcakes. I made the mini cupcakes and added a mini cupcake sleeves for decorations. I also made a mango trifle that was a hit! We used mustache food tags to label all the delicious desserts. 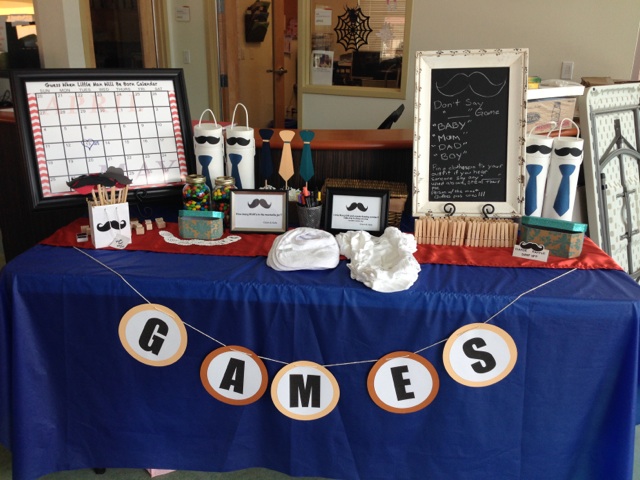 Gametime! We had several games on tap for our guests to play… “Guess when Little Man will be born Calendar,” we placed a heart on the due date, 05/13/14, and guests used stamps to stamp their guess with their name. “Guess how many M and M’s in the Jar,” using two Jars of peanut M and M’s. A “Bib and Onesie” drawing contest…surprisingly this game was very popular! Everybody used up each bib and onesie and came up with some really good designs. We did “Don’t Say ___ Game” with clothespins…. We did the “how big is the belly game” with a ribbon, my aunt was dead on! It was incredible!. Then we had a lullaby written game we began, but it was way too difficult to start and stop people. So, after handing out the paper, we collected them ten minutes later and tried to pick out a winner. Other games we did have but weren’t able to play were two more written games: word scramble and word jumble. 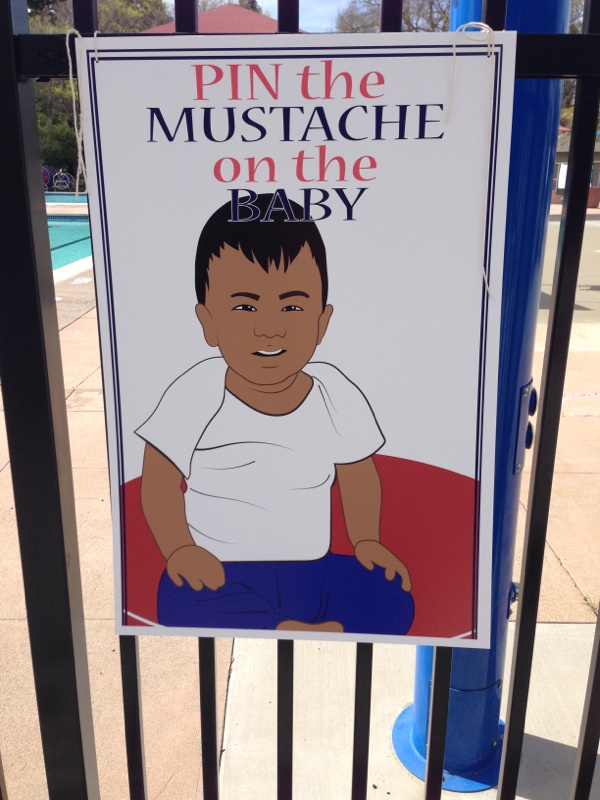 Pin the Mustache on the baby. Unfortunately this game wasn’t actually played at the baby shower. There were so many activities and a ton of people, that it was difficult to gather people to play. I would have enjoyed people playing this. My brother got creative and actually used a baby photo of Edwin, drew it, and used my skin color! Then, I cut out mustaches to stick onto the poster. I thought it was the cutest idea, and I actually kept it because I like it so much. 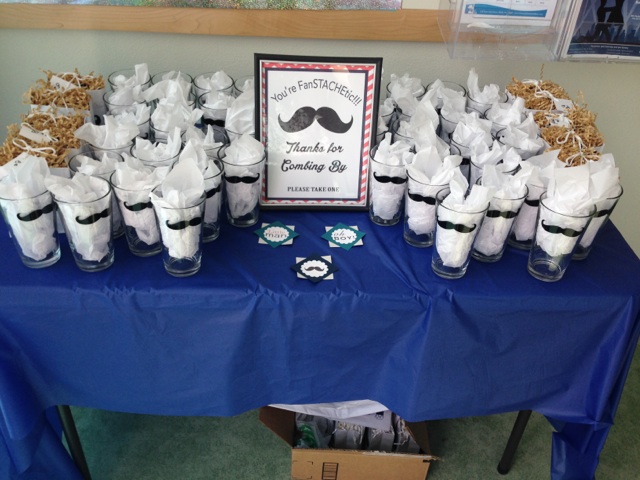 Party Favors! We decided to give out favors of pint glasses with vinyl mustache decals. I searched online and it was going to be a pretty pricey guest gift, but luckily I came across a great deal at the dollar store for mustache glasses! However, a couple days later I ended up receiving an email stating the dollar store cancelled my order because they didn’t have enough in stock. Poop! I didn’t know what other favor I wanted, so as I then started searching DIY glasses and found vinyl mustache decals that stick to glasses, and discovered webstaurantstore.com that sold pint glasses for relatively cheap, I ended up purchasing both and making the favors myself. It worked out beautifully because the Dollar Store mustache glasses actually had a different look… so I was completely satisfied with the purchase. It came out to almost the same price as the dollar store, minus the effort of having to make them. The tabled was labeled with a sign stating, “You’re Fanstachtic, Thanks for Combing By.”

Looking back at the baby shower, I had so much fun. Time went by so quickly, and the set up and break down of the decorations was an event in itself, but well worth it.  Thanks to our great support in our family and friends we definitely could not have had such a perfect baby shower celebration.