How to Make a Money Lei and Crown

Gift Guide: What a Mom Wants AND Needs

I was looking for a cute gift idea for a baby (diaper) shower (sprinkle), but I was a little short on time and hesitant to go all out with a multilayer diaper cake…so I did some online searching and found out how to create a diaper bundle! I’ve also seen it referred to as a stork bundle…imagine the top being where a stork would carry it in its mouth. The great thing about it is that it doesn’t take a ton of time, diapers or a whole lot of “know how.” Anyone can do this…in minutes!!! 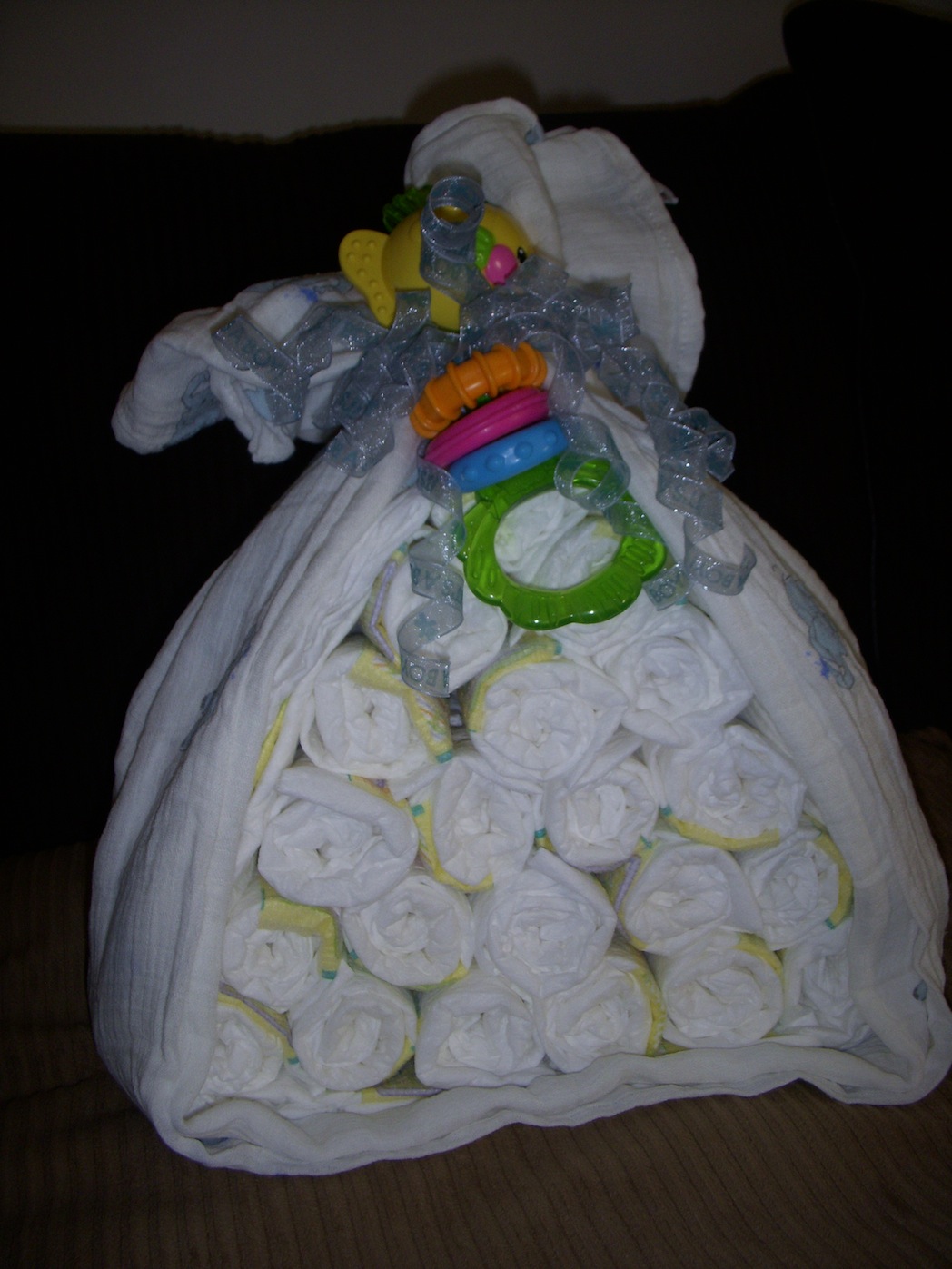 So the first thing I did was go out and purchase all the necessary items – diapers, rubber bands, blanket, cute toy an some ribbon. I went with size 1 diapers because the newborn size tend to be small if it’s a bigger baby and since the gift is “diapers,” I don’t want them to go to waste! You’ll need a minimum of 15 diapers to make it work..I squeezed in a few extra! 😉 The rubber bands are to hold the rolled diapers together, a blanket to “bundle” it up and a toy like a rattle or teething ring work great as a decorative piece up top!

Once you’re ready to begin, simply roll the diaper and secure with a rubber band. I chose to roll mine so the size  and print at the top would show. 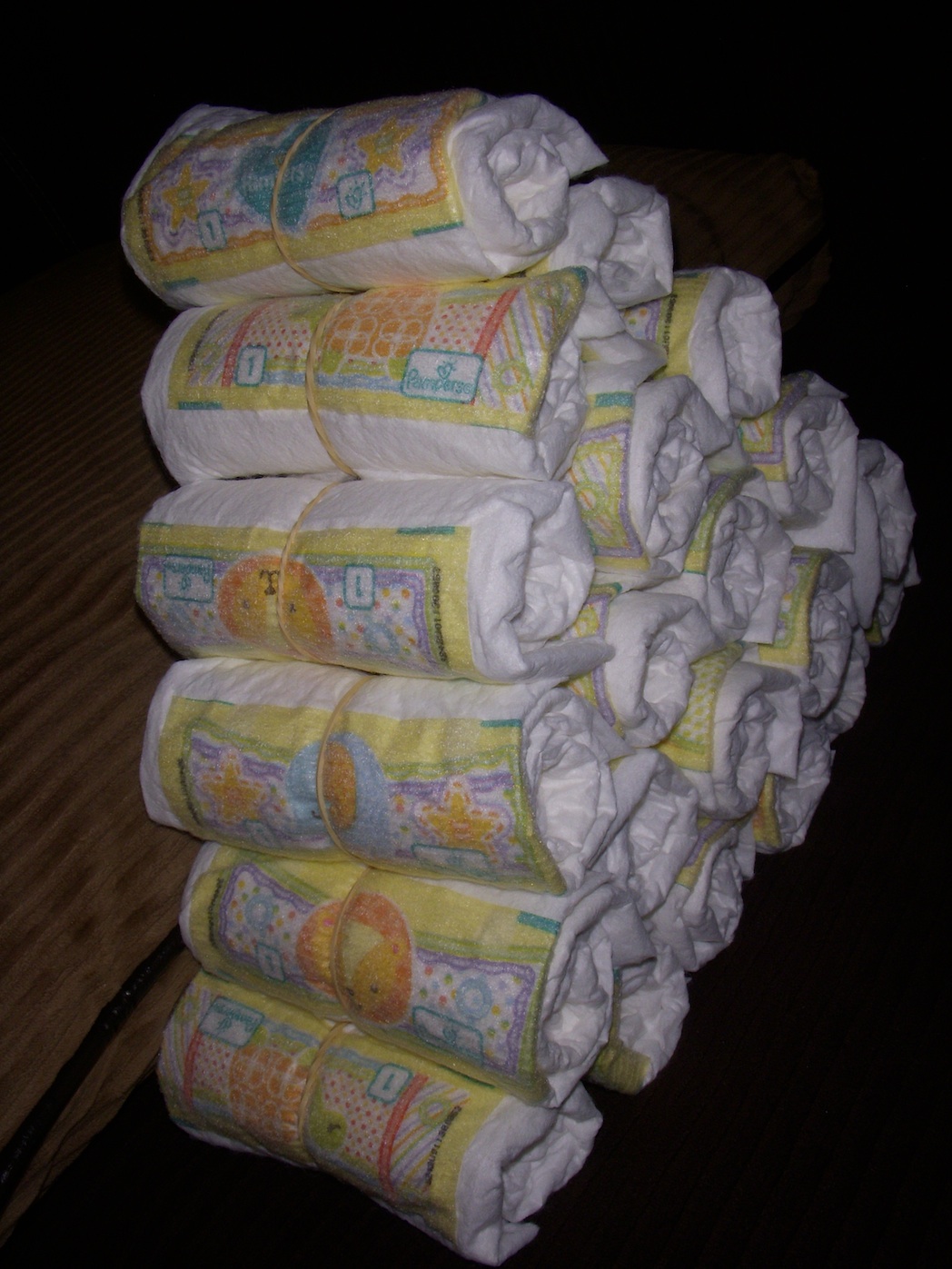 Then bundle sets of 3 diapers in a triangle formation, and put a rubber band around them.

After that, you’re ready to build the bundle. So take your blanket (I used a good size Muslin blanket) and fold it over a couple times lengthwise and lay it flat, then stack diapers accordingly (make sure it’s centered) to make your pyramid. Also make sure to fold the blanket so it’s a bit wider than the length of your rolled diapers. Since I had extra diapers I placed a couple of them flat at the bottom to help it hold the shape. Another idea would be a take a packet of travel wipes and lay those at the bottom to create a base. 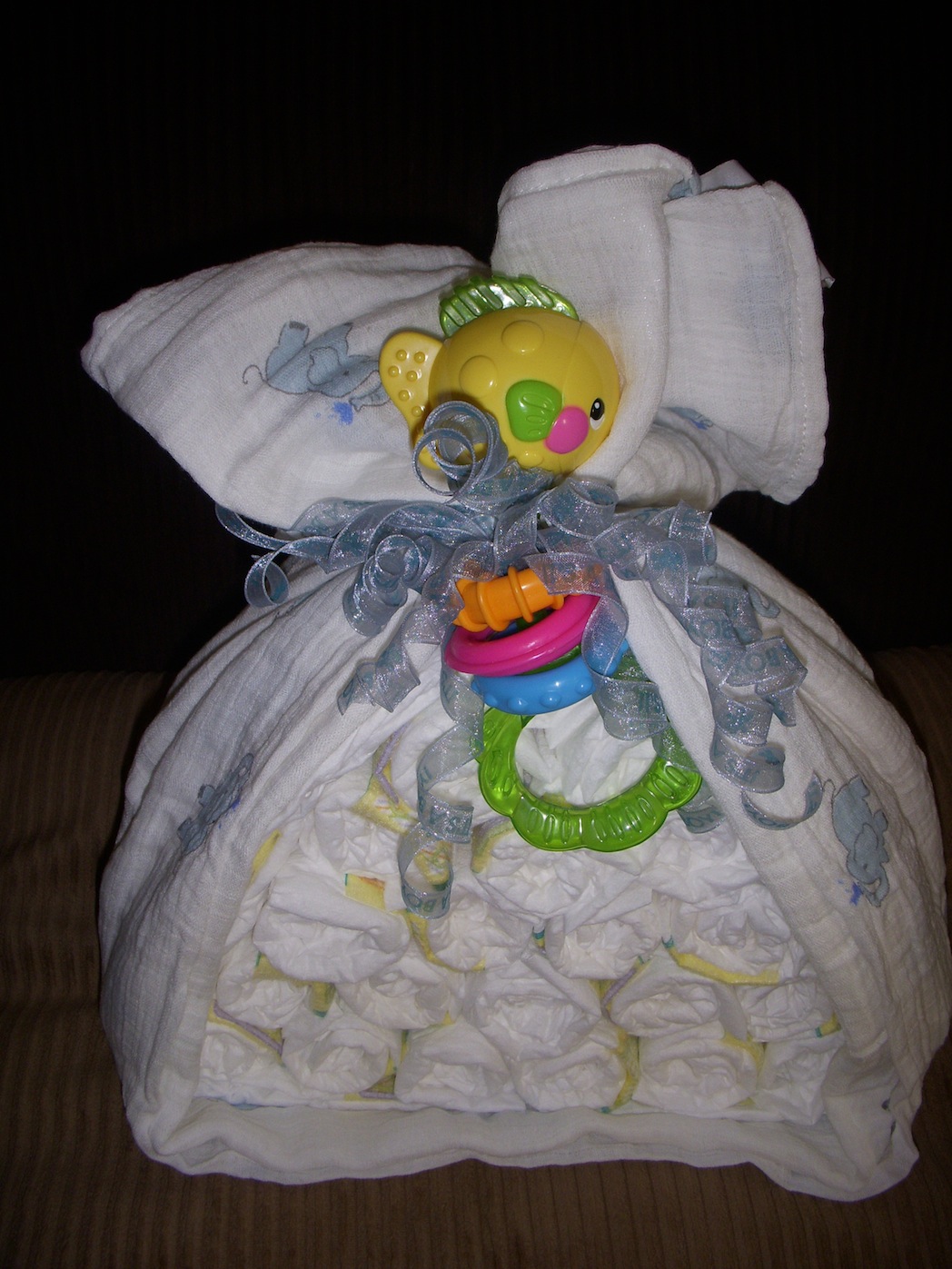 Once you have it all stacked, simply take either side of the blanket and wrap it up top with some cute ribbon and secure the toy! Voila…a super cute diaper bundle! 🙂