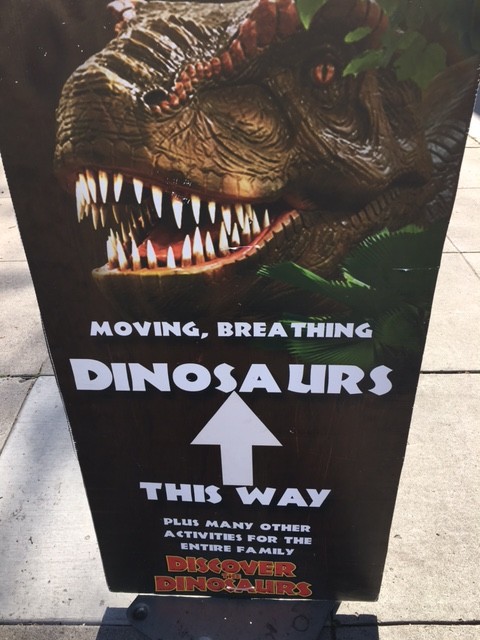 We did a Sunday Funday outing to “Discover the Dinosaurs.” It’s a traveling exhibit and we had the opportunity to catch it during its 2016 San Jose stop. My boys aren’t super into the prehistoric animals, but besides the actual dinos on display, there were also activities to engage the kids, so we checked it out. 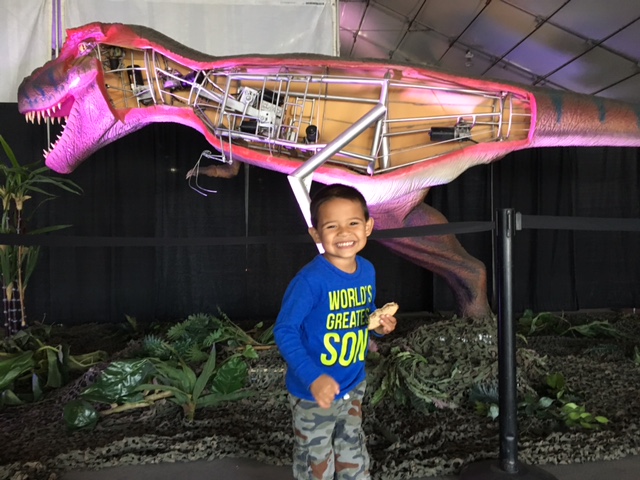 We went first thing in the morning when they opened and on the way to the convention center we did our best to get the boys excited about seeing the dinosaurs. It was great when we walked in and they didn’t immediately get scared. 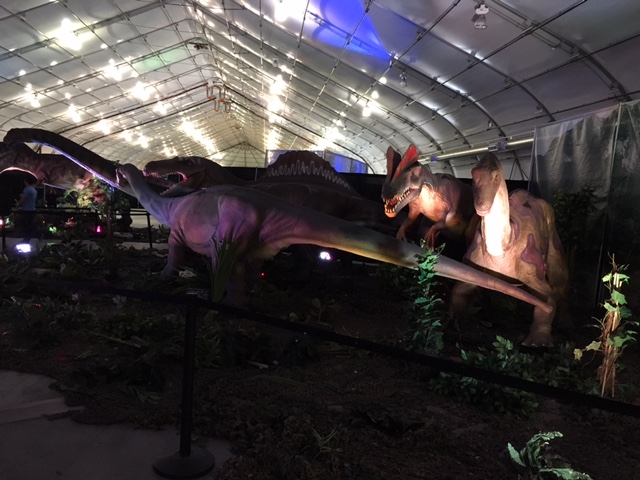 The dinosaurs on display are pretty big and make “life-like” movements. I don’t think they are life-size, but to a 3-footer toddler, I’m sure they come across larger than life. We enjoyed looking at them and reading the different names and teaching those terms to the boys, very educational. This part doesn’t really take too much time, you can do it in 30 minutes give or take, depending on how much or how little time you spend looking at the creatures. 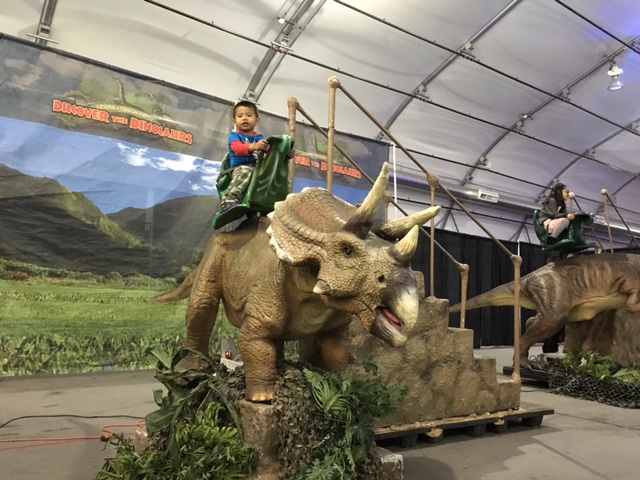 Then they had a few dino rides. My older toddler wasn’t interested, but my 2-year old chose to take his turn riding the Triceratops! Right after that they had sandboxes set up where kids could brush away the sand and discover fossils. This was cool for maybe 5-10 minutes, but the big attraction for my kids was the inflatables area. 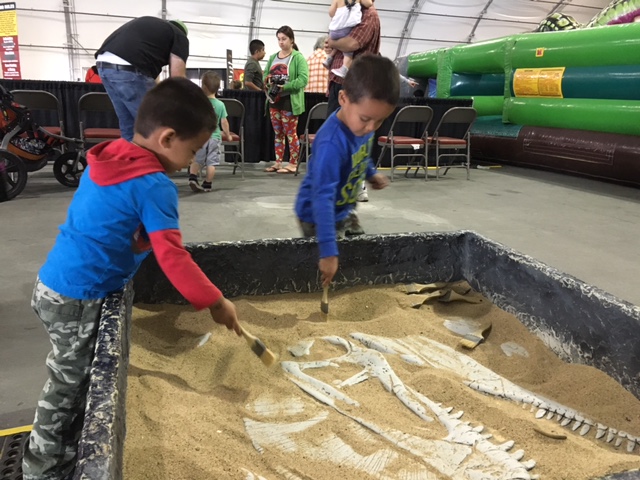 My boys are big on the bouncies and this is where we spent most of our time. They had a pretty good variety of bouncy houses with slides, big bounce areas and obstacles for both smaller and bigger kids. 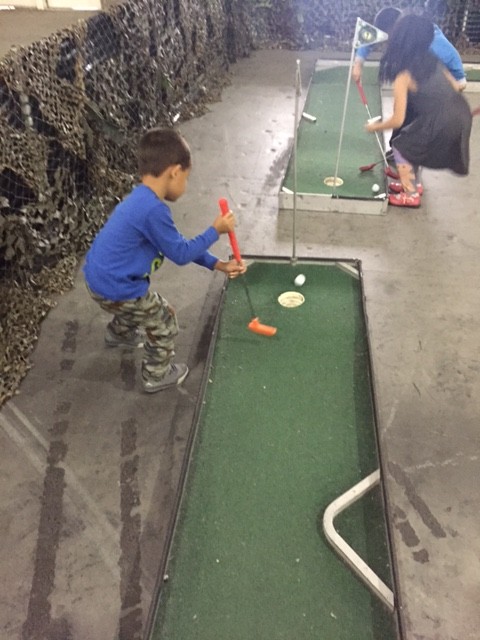 Other attraction were a mini-golf set up, coloring area and a “mining” area, with the latter requiring an additional charge to the admission. 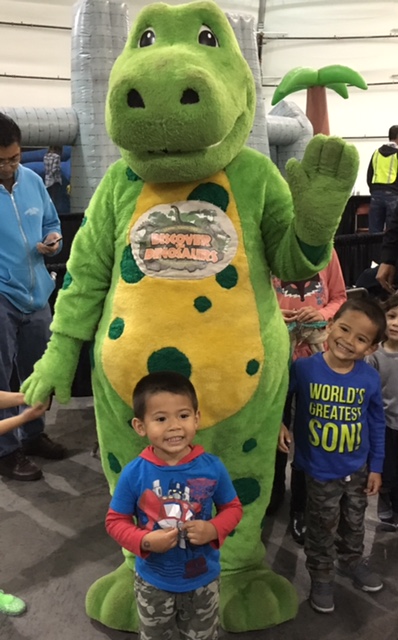 Overall, it was a fun outing, in total we spent less than 2 hours there total. I’d say this exhibit is best for kids ages 3-7, and/or babes who LOVE dinosaurs. If you think the dinos may come across scary, that wasn’t an issue with us, but I did see at least one kid hesitate to do a dinosaur ride. The cost of admission may be a bit steep, a family of four is about $100, not sure if price is dependent on location.